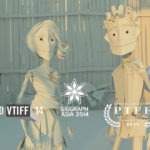 11 Paper Place is a love story about two 8.5 x 11 sheets of paper that magically transform into paper people as they are spit out of a malfunctioning printer into a recycling bin. 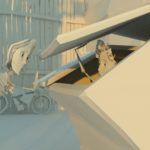 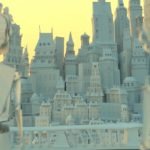