Catching On: The Day the World Turned Gay 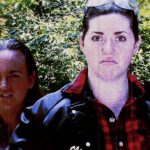 Catching On: The Day the World Turned Gay begins the day same-sex marriage is nationally legalized, and young Brian McCabe wakes up to a nation divided. His father and other slippery slope theorists fear that homosexuality will suddenly spread across the world… and it does. Now Brian must fight against the zombie-like gays and lesbians as they pass on their condition through ass grabbing. He’ll have to overcome his adolescent awkwardness, save the girl of his dreams, and try to straighten everything out before it’s too late.

New England Connection: The four people who developed and produced this film were born and raised in the South Shore of Boston. All of production occurred in many areas of New England, including: Cambridge, MA; Needham, MA; Fitchburg, MA; Hull, MA; and Portsmouth, RI. All cast and crew are New England residents, most notably from MA, NH, and RI.

Director(s) Bio:: Nick Pistorino graduated from Fitchburg State College in Fitchburg, MA in January 2009. He received a B.S. in Communications. His concentration was in Film & Video and he minored in Professional Writing. Born and raised in Quincy, MA, Nick currently resides in Los Angeles, CA.