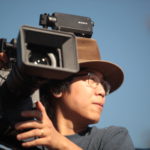 Thomson Nguyen is an Emmy-nominated Vietnamese - American cinematographer based out of New England. He has worked on numerous projects spanning from narrative features to commercial content. To date, Thomson has shot five feature length films. LONG LOST is the latest to be streaming on major platforms. It has won best cinematography at the Queen Palms International Film Festival. He is currently shooting his second season on a mystery show for TVOne, while supporting the festival run of a recently shot horror, TEN MINUTES TO MIDNIGHT. Thomson currently resides in Connecticut, where he finds a peaceful balance between life in the suburbs and the hustle of the city. He is currently training his three year old son to one day continue with the arts.