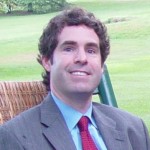 Randy Steinberg taught screenwriting at Boston University from 1999-2010. He holds a master's degree in film/screenwriting from BU, as well. He has been hired to write screenplays, and had his own material optioned. He writes film and TV review for Blast Magazine.com and is currently at work on two independent dramas, one with a production team in Los Angeles and the other in New York.