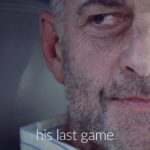 Two middle-aged brothers take a drive through the countryside and encounter a Great Blue Heron and a pickup basketball game, inspiring a meditation on what happens to what we remember once we’re gone.

Writer: Debbie Daneilpour adapted the screenplay from an essay by Brian Doyle

New England Connection: This ten minute short was shot in two days in Cambridge, Sudbury and Concord, MA. Most of our crew members were local, and both its director and screenwriter live in the Boston area.

Director(s) Bio:: Avery Rimer has directed and produced two narrative short films, Halfway Somewhere Else and His Last Game, both of which have been well received at a handful of American film festivals and were selected for the Short Film Corner at Cannes Film Festival. His Last Game has been used in a Harvard Medical School course for first year medical students to help reduce their anxiety about talking with terminally ill patients. Avery studied film and theatre while at Duke as an undergraduate and continued her film and video production education at Boston Film/Video Foundation and as a member of the Somerville Producers Group, producing bi-weekly content focused on art and politics for five years. After earning a degree in counseling and consulting psychology in her early 20s, Avery moved to the Boston area to work as a video therapist in an adolescent day treatment program. A therapist in private practice in Cambridge, MA for the past 30 years, Avery hopes to bring emotional attunement to her filmmaking. She is currently working on a feature length film titled We're All Here with her Boston-based team: screenwriter Debbie Danielpour and producer Blythe Robertson. 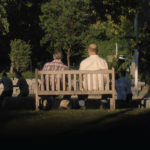 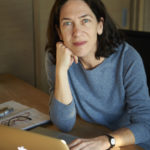