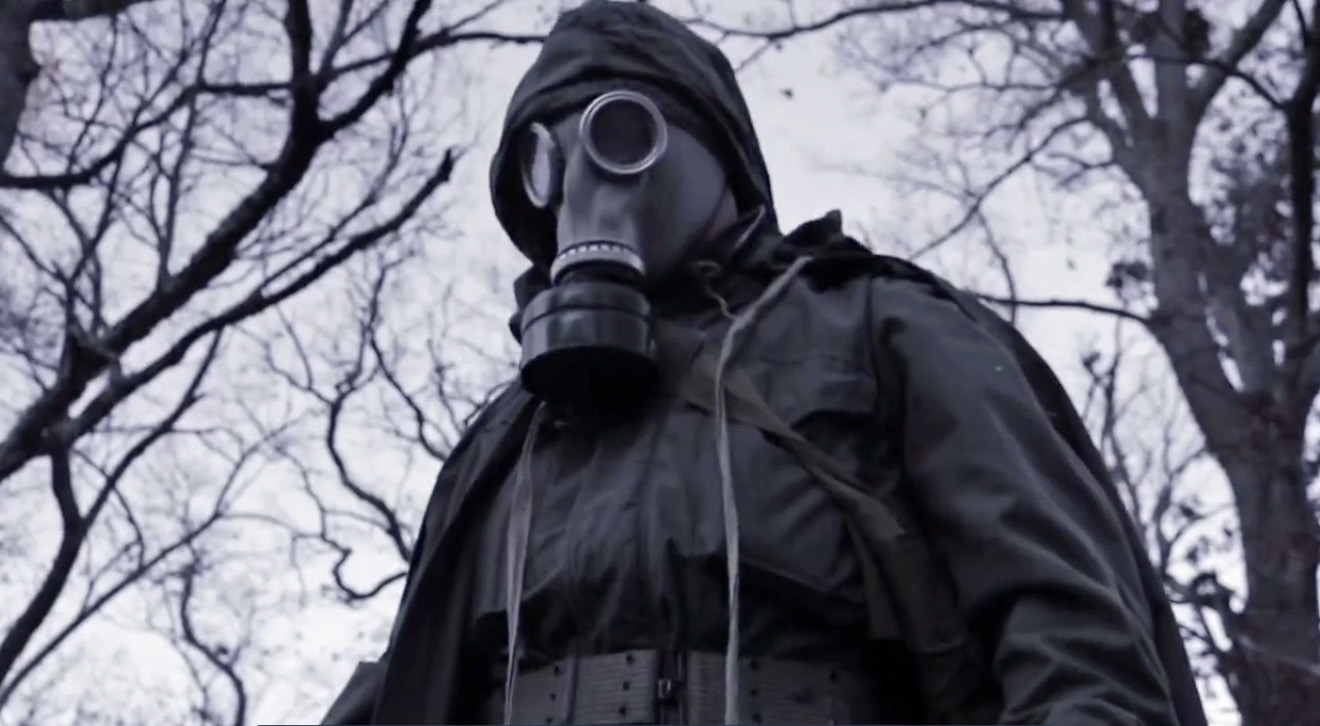 A conversation with Nathan Amaral about his short film Rot.

An individual known to the universe as ROT dissects and scavenges a dead world in Nathan Amaral’s film Rot , screening as part of the 2019 Online New England Film Festival.

Aptly named in its brevity and meaning, Nathan Amaral’s film Rot is terrifying, intriguing, and mysterious all at once. There’s no dialogue and the plot can be hard to follow; yet, the use of sound (heavy breathing), color, and cuts create an unmistakable atmosphere and aesthetic. The sci-fi film even pays tribute to an older generation of horror classics as well.

ROT is now streaming through October 15 as part of the 2019 Online New England Film Festival. Still a college student, it’s already clear that Amaral has a long and bright future ahead of him. We caught up with the young filmmaker about his film experience, interests, and upcoming projects.

Nathan Amaral: In high school I began dabbling around with film projects, but it was only one of many interests I had at the time. As a sophomore in college, I realized that filmmaking was the path that I wanted to pursue and began to take formal classes in filmmaking. Since then I haven’t looked back.

Amaral: ROT was created in autumn 2018 and inspired by my fascination with post-apocalyptic fiction and surrealism. I was also influenced by the 1984 film Threads; its depiction and portrayal of the end of the world as a result of a nuclear holocaust was so vividly real and disturbing that it remained cemented in my mind for some time. ROT is one of my first films and was important to me as it would determine what kind of filmmaker I wanted to become and whether I had what it takes to be a creator.

Amaral: ROT being a sci-fi / apocalyptic film, I’ve been targeting film festivals focusing on that genre. ROT has been or will soon be screened in Boston, LA, Orlando, and the Azores.

Amaral: Gathering a cast and crew with no budget is one of the most difficult challenges in filmmaking. Quite often I find myself begging for actors and camera operators, relying on friends and classmates to fill these roles. I’ve also shot some scenes entirely alone, serving as both cinematographer and actor. Fortunately, ROT was filmed over just a few days and had a very small cast. Because the main character is completed masked, I was able to use several different actors for this role, grabbing whomever was available at the time.

Amaral: After completing ROT I developed a film entitled BRUTAL! It is inspired by late ’80s and ’90s cyberpunk culture as well as the aesthetics of 1980s and 1990s Hong Kong and Japanese cinema, such as the works of Wong-Kar Wai for his beautifully crafted experimental cinematography and Shinya Tsukamoto for his surreal take on science fiction, ’70s exploitation films and, lastly, the visuals and style of 1960s and 1970s motorcycle culture. The film was shot with multiple types of cameras, including VHS. Since the film was intended to be stylized in a particular way, it took a lot of technical configuration, especially with the wide variety of shooting formats.

Amaral: Seventies exploitation films and lastly, the visuals and style of 1960s and 1970s motorcycle culture. The film was shot with multiple types of cameras, including VHS. Since the film was intended to be stylized in a particular way, it took a lot of technical configuration, especially with the wide variety of shooting formats.

NewEnglandFilm.com: What do you like to do besides filmmaking?

Amaral: I have a love of travel, especially exploring new places and meeting new people. I’ve recently returned from Ghana, and plan to study in Prague in the fall. I find that, no matter where I go, there is no shortage in the amount of kindness and generosity that humans can show. Despite the times we currently live in, or seemingly bleak surroundings, I find hope and encouragement in human nature. Through filmmaking, I desire to show people the beauty of how connected we truly are and the universality of the human experience.