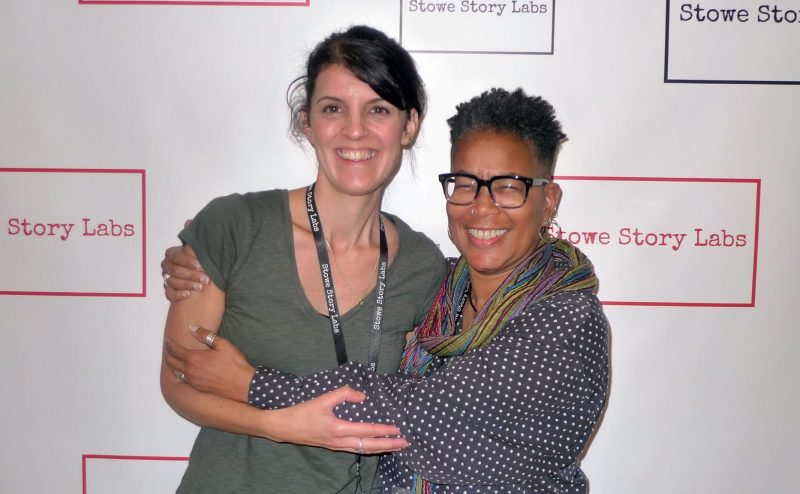 Nicole Kempskie on the Stowe Story Labs and her project: Helen on 86th St.

For many, relocating to New York or Los Angeles helps to jumpstart their careers in the film industry, but for Nicole Kempskie, it took a move back to New England to make some big things happen. This year, the award-winning multidisciplinary writer, actor, artist, and educator based in the Boston area, received NewEnglandFilm.com’s 2017 fellowship to Stowe Story Labs, a four-day intensive that brings together screenwriters, filmmakers and creative producers with industry professionals in Stowe, Vermont.

The Labs consist of workshops and mentorships that delve into artistic development of story structure, theme, and character. They also deliver valuable insight into pitching, packaging, production, finance and distribution. Helen on 86th St., the project that secured Kempskie the fellowship, began as a musical theater production adapted from a short story when it premiered in New York City in 2011. It has been performed across the country and internationally since then. Her screenplay adaptation of the production, for which she received the fellowship, was awarded the Best Feature Musical Screenplay Award at the 2016 International Family Film Festival, and was a quarter-finalist in the 2016 Final Draft Big Break screenwriting competition.

Kempskie’s screenplay is told through the eyes of Vita Calista, a 12-year old girl who has been cast in a seemingly undesired role of the school production of The Trojan Horse. The film follows Vita as she navigates her life as the tween daughter of a single mother on the Upper West Side of New York City. NewEnglandFilm.com’s Emma Schlenoff caught up with Kempskie shortly after her trip to Vermont to chat about the Labs and learn more about the project.

Emma Schlenoff: Congrats on the Fellowship, Nicole! Tell me about the different phases of this project and how you got to this juncture.

Nicole Kempskie: It’s had a very long journey. There’s been many different versions of it, and lots of people building this community that keeps growing and growing. It started when a friend of mine sent me the New Yorker short story and said ‘Maybe you can use this for your children’s theater.’ I put it in a file for things that I could potentially develop. About 5 years later I was working on the Upper West Side at a theater camp, where we create original musicals with our students. I was assigned a group of 18 fifth-grade girls and thought, this would be perfect. Instantly, we all were in love with it. The director of the program thought I should consider pursuing it as full-length musical and optioning the rights. I had never written a full-length musical at that point. We contacted the writer, Wendi Kaufman to have it developed. She was thrilled and it snowballed. The spring after that year we were doing the full-length version in New York City, Off-Broadway. 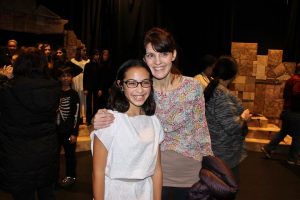 Kempskie with the lead role Vita at the Worcester Academy production of Helen on 86th St.

I always thought it would be a great film, because there’s things you can do on screen that you lose on stage. I ended up getting a residency at the Marble House Project to adapt it, and managed to knock out a full draft. I taught myself how to use Final Draft and the screenwriting format. I submitted it to festivals and competitions, and it started winning things! I kept refining the screenplay and learning more about screenwriting. That led up to Stowe Story Labs, where now it’s a really solid screenplay, but I needed an understanding of where this project fits in the context of the industry, and how to get it out there.

ES: It’s rare to see a film or TV show that focuses on the stories of girls or women, but especially excluded, is this age group of girls. Can you tell me more about your process of developing Vita’s character?

Kempskie: I think starting the project with that group of girls that all had such interesting personalities made a big impact. It was very process-oriented. We would talk about school and what it’s like if you’re not popular. We had great conversations that generated the characters. It’s organic and comes from the voices of kids that age. I’m always frustrated with what I am not seeing in film and television. So for me to find this story that has an interesting, smart, strong character, that is twelve years old, is such a find. It’s driven me to get it out there.

I feel connected to all the characters because, I’ve been the drama teacher who disappoints people. I’ve been Vita who desperately wants the part, and it’s not going to happen. They’re flawed. They take it too far sometimes. I remember asking Wendi, what inspired that ending. She said, ‘That’s my experience in life. It’s a gift to not necessarily get what you want.’ There are some really beautiful things that happen. I love Helen Maguire’s character’s transformation. She’s a vapid, pretty, popular girl. She wanted to get in the Trojan horse to be next to the cute boy, but by the end she’s really owned being a solider, and she’s fierce! There’s so many little moments like that I’ve witnessed as an educator and a director that give you hope. You don’t see them in popular media.

Wendi passed away in 2014. She was diagnosed with cancer right before the show premiered in New York. She was a collaborator through all of this. In her own fight with cancer, she had that type of spirit. I can see where that comes from in her, and can see how that transferred to me, and all the kids and parents that were involved in it. Wendi is always in my thoughts. We aren’t giving up the fight.

ES: Tell me about the Labs!

Kempskie: They were the most invaluable resource a person could ask for. David and and his crew there are the warmest, most supportive group. They are thoughtful and honest in the way they communicate with you, and clearly, they put their heart into this. There’s a real effort to level the playing field, bring people together and let them get the information they need. It’s nurtured and fostered in a way that I haven’t experienced anywhere else. 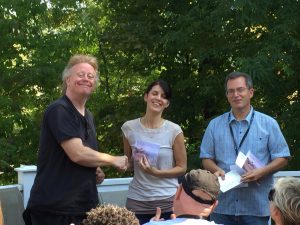 They helped to manage our expectations, but instill our determination to work through the system that’s there. It’s summer camp for screenwriters! You feel like you’ve known everyone for years after you’ve been there for a day. It was really magical. It was very refreshing.

They do a brilliant job of balancing the process of looking at your work from an artistic sense and valuing yourself as an artist, storyteller and creator. Then the work becomes: how do you take who you are, and what you bring to a project, and narrow it down into this really mundane thing, which is a pitch! It’s something that terrified me, but they said by the end we were going to have it down. I got it down to a solid three minutes!

ES: What’s next for you?

Kempskie: Now that I am back, I have a giant list of people I need to connect with. I am thinking about all the people in my network, whether it’s theater, media or education and I’m trying to find avenues to connect people to make the ideal team. Now, it’s less about revamping the script and more about connecting with people in the industry.

There’s something about this story that transcends. Whatever form it’s in, it moves people. I can’t take credit for that. It grabbed me when I first read the short story. It reaches in and grabs your heart. People want to see it come to life, in whatever form that is.  I think that’s why so many people have supported it all along the way.

I am a girl who was born in Worcester, and raised in Auburn. It’s funny because so much of what you hear, is that you have to be in LA or New York to make it. I’ve been in both of those places and loved them, but a lot of magical things have happened since I’ve been back in the Boston area. It was really cool to be where I feel like is home to me, and be honored with that fellowship. I am so completely grateful for this. I see it as someone making a huge investment in this project, and in me.

This interview has been condensed and edited.