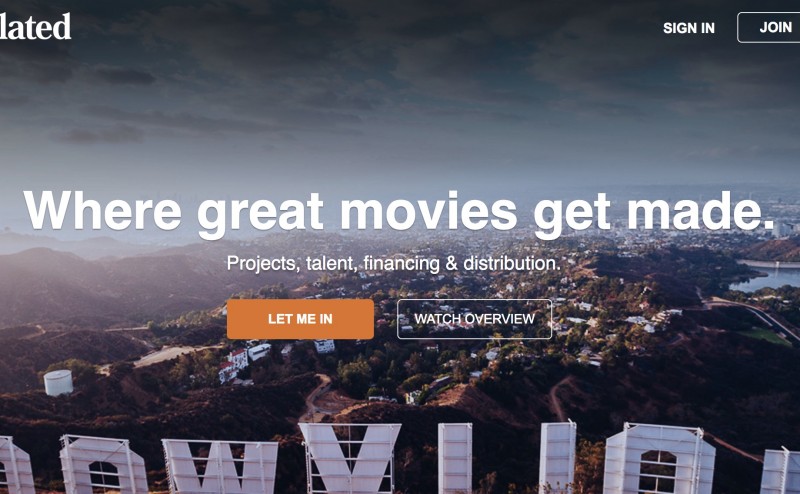 Now that you know the important steps needed to use equity-based crowdfunding from our Filmmaker’s Guide to Equity-Based Crowdfunding, you can start investigating websites to assist with your fundraising efforts.

Now that you know the important steps needed to use equity-based crowdfunding from our Filmmaker’s Guide to Equity-Based Crowdfunding, you can start investigating websites to assist with your fundraising efforts. There are numerous equity crowdfunding sites out there, but only a few that specialize in film. Here are some of the more promising sites we have discovered.

Slated is an excellent site that you can use to promote your film to accredited investors. What makes it so great? It’s specific to the film industry. The site gives investors access to qualified filmmakers (like you), and in turn, gives you an opportunity to showcase your project to a pool of qualified investors. Both investors and projects are vetted so all parties are credible, and members include prominent industry advisors.

AngelList allows businesses in many different types of industries to raise money, including film industry start-ups, which have their own tag/section on the site. AngelList offers a feature called Syndicates, which allows accredited angel investors to back companies that have been vetted and funded by other trusted investors called Syndicates. Their Syndicate investors are people with a track record of picking solid investments, their intelligent endorsement of specific investments helps reduce the investment risk for other backers.

Crowdfunder has a large network of investors, but the site is focused in numerous fields, so film does not have a large of a representation. It has a category called “Arts, Fashion & Media,” which includes films and film production companies that qualified members can invest in. In addition to its fundraising function, Crowdfunder also provides a wealth of resources you can use to learn about fundraising.

Syndicate Room mainly works with companies in the UK in the life sciences field, but 9% of companies on its platform are in the “Entertainment & Lifestyle” sector. One example is the Simon West film Salty, which raised £1.9 million on SyndicateRoom in 2015. Like Crowdfunder, Syndicate Room also offers resources to help you learn about fundraising through their “Investor’s Academy.”

Evan Crean is a film critic in Boston and a founding member of the Boston Online Film Critics Association (BOFCA). He is co-author of the book Your ‘80s Movie Guide to Better Living and co-hosts the weekly movie podcast Spoilerpiece Theatre. He is also the marketing director for Boston Reel, a site dedicated to Boston’s independent film culture. You can learn more about his work at www.reelrecon.com.