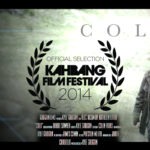 The year doesn’t matter. Or isn’t remembered… North Korea sent fire into the south. America tried to intervene. As expected, nothing worked… for anyone. The world: flame. Few of us lived through it. Fewer of us are surviving.

Our region was north enough to see much less fire than the rest of the country, and, the rest of the world. That’s not to say it hasn’t gone to shit. It has. But we make due up here.

Because for the fewest of us that are making it… everyone’s cold.

New England Connection: Everybody involved in this film, and I mean everybody, is or was from Eastern Maine. Which is about as New England as it gets.

Budget: A little less than $1,000. Mostly towards food and provisions. Somewhat towards costumes and and props. 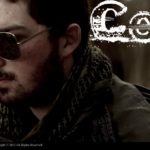