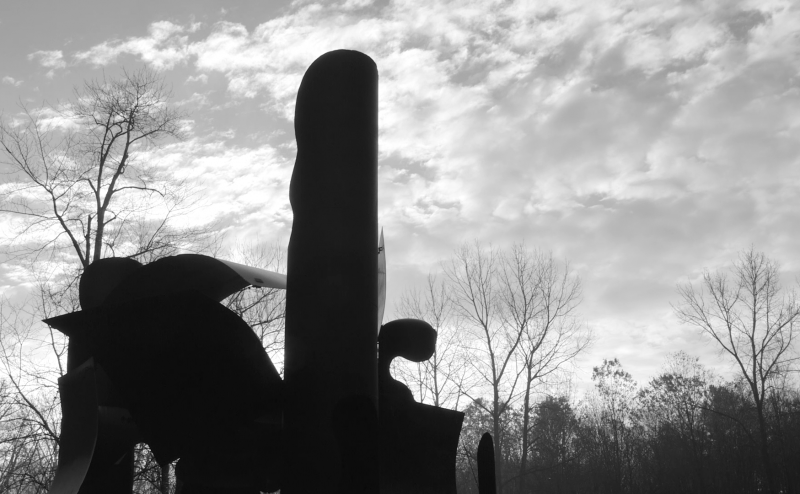 An interview with Ben Pender-Cudlip about abstract sculpture featured in his experimental documentary Memorial.

Ben Pender-Cudlip’s documentary short Memorial is now screening through October 15 as part of the 2016 Online New England Film Festival. Here, in this interview with NewEnglandFilm.com, he describes the giant steel sculpture featured in his experimental film and shares the next documentary that he’s working on.

By capturing a giant steel sculpture’s disassembly in his experimental documentary short Memorial, Ben Pender-Cudlip creates a film in the simplest sense, while still painting a captivating portrait of beautiful art. Here, in this interview with NewEnglandFilm.com, he describes the sculpture that inspired the film and shares the next documentary he’s working on. Memorial is now screening through October 15 as part of the 2016 Online New England Film Festival.

NEFilm: When did you decide upon film as a career path?

Pender-Cudlip: I went a (very) small liberal arts school and discovered film in my sophomore year. I ended up majoring in what was essentially documentary theory. I graduated in 2005 — the era of miniDV and FCP 3 — and everything since then has been self-taught.

NEFilm: Where did the idea for Memorial come from?

Pender-Cudlip: When I was growing up in northwestern Connecticut, a big part of the family business was constructing these giant steel sculptures for artist Alexander Liberman. I grew up playing in this sculpture yard. The artist died in the late 90s, and many of these sculptures remained in the sculpture yard. This one, “Scan,” was a full-scale model constructed without a permanent foundation. Over time, this (and others like it) have been modeled at much smaller scale and then disassembled. Since it became the last of the big sculptures still standing, I knew I had to film it when my uncles told me they’d be taking it down. The abstract sculpture presented a great opportunity to experiment with shape, form, and light, so it seemed very natural to edit in black and white.

NEFilm: Who was involved in the production of the film?

Pender-Cudlip: I shot and edited the film myself. The men in front of the camera are my uncles.

NEFilm: What does the near future hold in store for you?

Pender-Cudlip: I’m co-directing Dawnland, a film about the first truth and reconciliation commission for Native Americans. The film follows Maine’s historic investigation into why so many Native children were taken from their homes and placed outside their culture in white foster and adoptive homes. We’re honored to have been selected for Good Pitch NYC this fall, and our supporters include the LEF Foundation and Mass Humanities.

Watch Memorial on NewEnglandFilm.com through October 15 as part of the 2016 Online New England Film Festival.