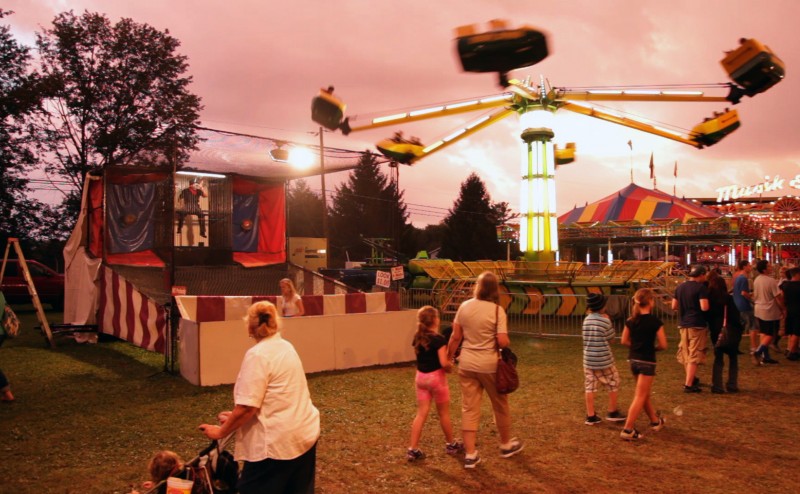 An interview with Daniel McGuire about the clown that inspired his documentary short Dunk Tank Clowns.

Director Daniel McGuire recalls the clown who inspired his short Dunk Tank Clowns and a crowd’s reaction to one of his subjects in this interview with NewEnglandFilm.com. Originally screened at Salem Film Fest, his film is now screening here through October 15 as part of the 2016 Online New England Film Festival.

Working as a dunk tank clown at a carnival requires a quick wit, a thick skin, and physical stamina—all characteristics filmmaker Daniel MaGuire explores in his documentary short Dunk Tank Clowns. In his doc, McGuire invites you to peer into the life of a dunk tank clown to understand what leads someone down this career path, and to grasp why what was once easy money is now a much harder way to make a living.

Originally screened at the Salem Film Fest, McGuire’s documentary short Dunk Tank Clowns is now screening on NewEnglandFilm.com through October 15 as part of the 2016 Online New England Film Festival. Here in this interview, he shares the tale of the clown who inspired his short and a crowd’s reaction to one of his subjects.

NEFilm: When did you realize filmmaking was a passion of yours?

McGuire: I’ve always been interested in film. Kubrick’s films, which I saw at an early age, were very influential.

NEFilm: What was your inspiration for Dunk Tank Clowns?

NEFilm: Did you work with a large cast and crew on the film?

McGuire: I contacted the subjects directly. With a few exceptions, I am a one-man-band as a filmmaker.

NEFilm: Did you screen your film at any festivals?

McGuire: It screened at IFFBoston, DOCNYC, the Salem Film Festival, and the NYC Independent Film Festival. It was great fun screening at DOCNYC with Kenny, one of my subjects. The crowd loved him.

NEFilm: What project are you planning to tackle next?

McGuire: I’m working on a documentary about a Balinese healer who gets sick himself.

NEFilm: What advice would you give to aspiring filmmakers?

McGuire: Choose a subject you care about. That’s the only way you’ll take the film all the way to the screen. Additionally, I’m always interested in shooting and collaborating with other New England-based filmmakers as long the subject matter is unique and compelling, so feel free to reach out to me.