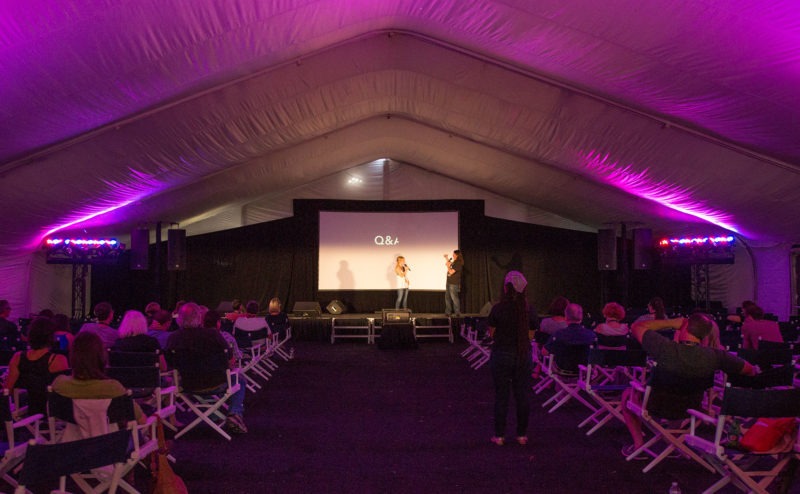 ITVFest takes place in Dover, Vermont on September 24-27, 2015. NewEnglandFilm.com community can receive 20% off passes with promo code 'NEF' at www.itvfest.com/passes.

Check out the launch of the 2015 Online New England Film Festival, special events and discounts for the local film community at ITVFest this month, and other buzz, happenings and opportunities…

We are live! The 2015 Online New England Film Festival is now online at NewEnglandFilm.com through October 15th. Watch 36 local short films made all over New England. Join us for Awards/Festival Screening and an Industry Networking Event on September 26th at ITVFest! Mingle w/ talent & production execs from HBO, CBS, Starz, the WGA, the PGA, the Emmys. Buy passes with promo code NEF for 20% off.

Camden International Film Festival runs September 17–20 in Camden, Rockport, and Rockland, Maine. The festival includes the Points North Documentary Forum, among other highlights. For a full schedule and more information, check out camdenfilmfest.org.

Check out the ITVFest in Dover, Vermont September 24–27. Festival passes are available. For more details and a list of festival selections, visit itvfest.com.

Movies on the Block wraps up this month in Providence, Rhode Island on Thursday evenings. Films screen at sundown at Grant’s Block (260 Westminster St). Catch Gangs of New York on September 3rd, The Muppet Movie on September 10th, The Royal Tenenbaums on September 17th, and a “Creature Double Feature” of Frankenstein and Dracula on September 24th. For more information, visit moviesontheblock.com.

Telluride by the Sea returns to the Music Hall in Portsmouth, New Hampshire on September 18th, 19th, and 20th. Check out selections from the Telluride Film Festival; passes available. Learn more here.

The Mindy Project creator and star Mindy Kaling, also a Massachusetts native, visits Brookline Booksmith on September 14th at 7:00 pm to promote her new book Why Not Me? Click here for more information.

Universal Pictures, Blumhouse Productions and Platinum Dunes are slated to begin principal photography for the action-thriller The Purge 3 in Providence and Woonsocket on September 16, 2015. The film will arrive in theaters nationwide on July 1, 2016.

Harvard University’s Radcliffe Institute for Advanced Study is currently accepting individual applicants for 2016-2017 fellowships. Applications in the creative arts, humanities, and social sciences are due by September 24, 2015. For more information, visit the Radcliffe website.

The Karen Schmeer Film Editing Fellowship is currently accepting applications. The fellowship honors the late editor Karen Schmeer, and is awarded to a documentary editor. Deadline is September 30th. For official guidelines, visit the fellowship website.