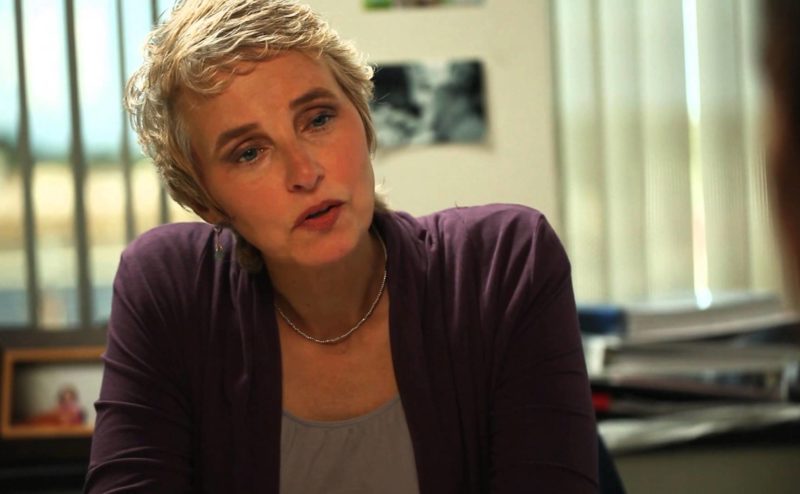 An Interview with Writer/Producer Mary Neiderkorn

Fellow female filmmakers discuss work, life, and more in this new series, Females in Film. For this installment, NewEnglandFilm.com writer Catherine Stewart talks to Mary Neiderkorn about changes in your paths through life.

When I finally sat down to talk with Mary Niederkorn, after missed connections, rescheduled meetings and confusion over times, we had a rather life affirming chat about filmmaking and the choices we make as females to build careers in the industry. Niederkorn is a generous, positive force that knows what she wants and isn’t afraid to make it happen.

Niederkorn is a mother, you can hear her speak about one aspect of this in her July 2014 talk for Listen to Your Mother, a national reading event. ‘When they are older,’ she used to say, ‘When they are older I will pursue a career in filmmaking, in writing–in that passion.’ Then in 2003 she was diagnosed with ovarian cancer. The realization struck that, she might not see them get any older. ‘You have to pursue the things you want now, or you might not ever get the chance,’ Niederkorn states with such a sense of wisdom that I almost jump off my seat and begin acting on my plan, right then and there.

Originally from Chicago, Niederkorn is a professionally trained opera singer and performed regularly in the Lyric Opera of Chicago. She was invited to participate in the Tanglewood Music Festival, the summer home of the internationally renowned Boston Symphony Orchestra, she met Phyllis Curtin who later became her voice teacher and mentor. Mary moved to Boston and earned an Artist Diploma from Boston University.

Niederkorn made the transition to film, initially through acting and then writing and producing when she regained her health. Her first short film, Speed Dating, had a successful film festival release, winning Best Director in the Experimental Genre in the American International Film Festival.

Her latest project, Homophonia, co-written with Jim Jermanok is currently touring the festival circuit. ‘It’s a comical look at gay rights.’ explains Niederkorn. It premiered at Palm Springs International ShortFest Film Festival last June, and went on to screen across the country and around the globe. It is currently showing at The Melbourne Queer Film Festival.

Niederkorn is dedicated to pursuing this path in her life and has been encouraged by the response from audiences and peers to her work. She is someone who is clearly engaged with her own skills, knowing where she is perhaps lacking and what she needs to do in order to build her knowledge and experience.

‘Professional development is extremely important, I continue to seek opportunities to better my abilities,’ she explains. Whether it comes down to time, cost or fear I think we in the industry can find it very easy to shy away from investing in our continual education, once we’ve stepped away from structured courses at university. Niederkorn speaks of ‘following the thread’ when thinking about progressing through her career. ‘You have to keep building, and sometimes, it takes some else to look at your work and analyze it, in order for you to get to the next stage. Teachers, mentors and peers with constructive criticism is crucial’

Niederkorn has a variety of projects in the works, including a documentary about gay and lesbian teenagers forced out of their homes. ‘That would be a passion project, but perhaps it’s in the future.’ She states with a tone that indicates the plan forming in her mind.

You can learn more about Mary Niederkorn on her website: http://www.maryniederkorn.com/.