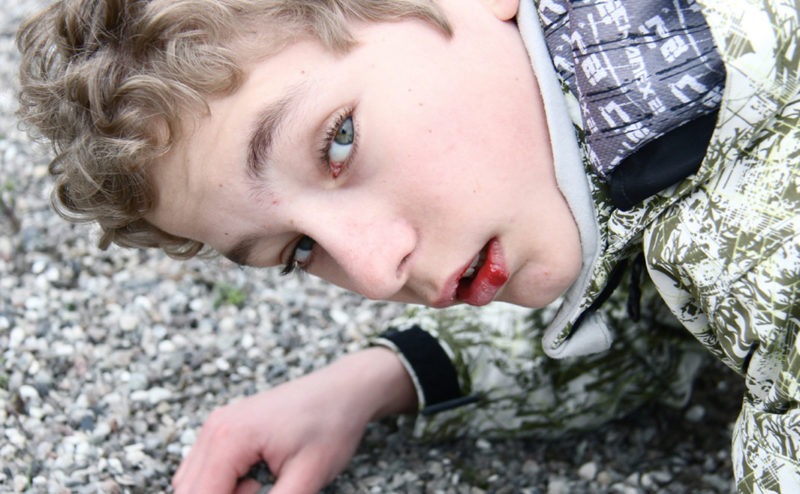 Share
A lot of film going on in New England in November. You can check out the Brattleboro Film Festival, SNOB Film Festival, and the Boston Jewish Film Festival. Check out the news each month for local films, upcoming festivals, and filmmaker opportunities. To submit news, e-mail news@newenglandfilm.com.

The Boston Jewish Film Festival, in its 25th year, runs November 6–18. This year includes the short film series, called FreshFlix, aimed at audiences in their 20s to 40s. On November 3rd, the festival hosts the “Silver Celebration” at the Ritz Carlton, featuring Boston Globe film critic Ty Burr and a preview of festival selections. For tickets and to learn more about the festival, visit bjff.org.

Vermont hosts the Brattleboro Film Festival November 1–14 at the Latchis Theatre. Events include an opening night celebration and the “Green Carpet” premiere of Freedom and Unity: The Vermont Movie. Learn more at brattleborofilmfestival.org.

Connecticut’s Ridgefield Playhouse hosts a special screening of the documentary Casting By on November 15th at 7:30 pm. The event includes a Q&A with several of the filmmakers, including director Tom Donahue and casting director Gretchen Rennell. The event is part of the Ridgefield Film Society’s Documentary Film Series. Learn more and purchase tickets at ridgefieldplayhouse.org/event/rph-film-society-casting.

The Portland Maine Film Festival runs November 8–10. The festival celebrates filmmakers from Maine and beyond, and features several guest speakers. For a schedule and more details, click portlandmainefilmfest.com. Pictured above is a still from the film Manhood, screening at the festival.

Tufts University and the Somerville Theatre host the Boston International Kids Film Festival November 1–3. The film celebrates films by or about children from around the world for audiences ten and older. For more information, visit bikff.org.

Visit the 2013 Glovebox Short Film & Animation Festival on November 9th at 2:00 pm at the Regent Theatre (7 Medford Street in Arlington, Massachusetts). The festival features film in a variety of genres. Festival passes are available for $40. For more information, click glvbx.com/film-festival-2013. Also see NewEnglandFilm.com’s profile of Glovebox in this month’s issue.

Theodore Collatos’s film Dipso will run at the Berkshire Museum (39 South Street, Pittsfield, Massachusetts) November 7–11. The film was shot in the Berkshires. Learn more at berkshiremuseum.org.

The Massachusetts Production Coalition hosts the seminar “Film Scoring & Music” on November 2nd at 10:00 am, with refreshments at 9:30 am. Northern Light Productions director Bestor Cram will moderate a panel of four composers. The event will be held at High Output Studios (495 Turnpike Street, Canton, Massachusetts). To RSVP, click massprodcoalition.org/film-scoring-seminar.

The Coolidge Corner Theatre and Alfred P. Sloan Foundation have announced the 2013 recipients of their Science on Screen grants. Based on the Coolidge Theatre’s series of film screenings followed by guest speakers in science and technology, the $7,000 grants allow non-profit theatres around the country to host similar programs. Read more at www.coolidge.org/sloan.

Santa Sierra is the winner of Women in Film & Video New England’s 2013 Screenplay Competition for her entry In Search of Our Fathers. Read more about the contest and the other finalists at their website.

Register now for the 2013 New England Broadcast Cable Expo on November 7th in Worcester, Massachusetts. The event runs 9:00 am to 5:00 pm and features multiple workshops and exhibits about emerging trends and technology in broadcast media. Admission is free. To learn more and register, click nebcexpo.com.

The next Boston Open Screen takes place on November 12th, 2013 at the Coolidge Corner Theater. Open Screen is Boston’s one and only open mic night for movies. Whether you sold your home to finance your 35mm masterpiece, or you made it last night in your basement — if your movie is under 10 minutes, they’ll screen it. Sign up begins at 7pm, the show starts at 7:30pm. Check out more at their Facebook page: https://www.facebook.com/BostonOpenScreen