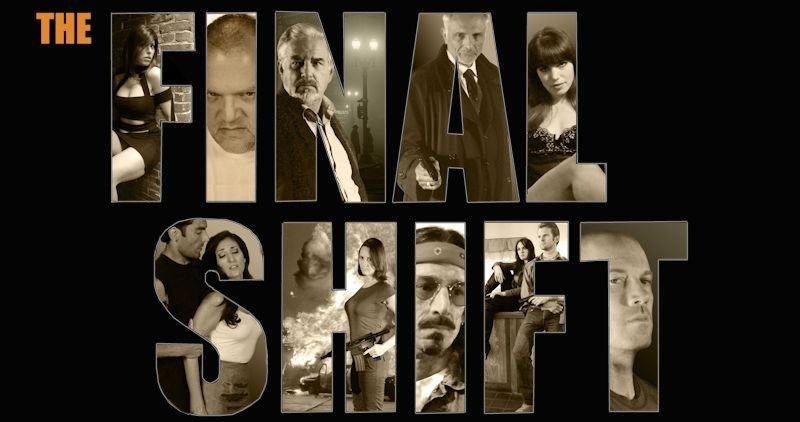 Share
John Depew may be a smaller-budget independent filmmaker, but he’s not afraid of tackling science fiction, or doing it on his home turf of Massachusetts.

There is always a lot of fanfare when Hollywood comes to Massachusetts, and deservedly so. Yet every year there are countless local filmmakers that utilize New England on much smaller budgets. One such filmmaker is John Depew, who recently completed the sci-fi thriller The Final Shift. The film follows a gang, a hit man, and a mysterious woman who all become involved when they end up at the same diner (check out the trailer here). Depew directed, co-wrote, and acted in the film; it is his company Wild Beagle Productions’ third feature. Here, Depew shares why he loves to shoot in Massachusetts, the challenges of wearing multiple hats on a film set, and his hopes for his next project.

Casey Stirling: You’ve made other films in New England, and Wild Beagle is based in Massachusetts. What do you like about working and filming here?

John Depew: There are a lot of things I like about it. Number one, I live here, so it’s close. The other reason is I live in Haverhill on the North Shore, and a lot of people don’t realize how big Haverhill really is. It’s about 37,000 square feet and there are a lot of different areas here. It’s really easy to shoot.

CS: Are you from New England?

Depew: I was born in Hawaii and raised in California, but I came out here when I got out of the service and I’ve been out here ever since. I just fell in love with the East Coast. It’s been my home for a long time… Right in the town where I live, they have a lot of great scenery, so trying to find locations is pretty easy out here, minus the desert. It’s the only thing that’s hard to find here.

CS: Are there locations that you haven’t gotten a chance to film in yet?

Depew: I can’t really say because most of the places I’ve shot, I’ve shot where I wanted to shoot. They were perfect for what we wanted to do, so that’s been really helpful. Like I said, there’s so much stuff to pick from out here.

CS: The Final Shift is a thriller, but also has some sci-fi elements to it. Is this the first time you’ve done something that’s sci-fi?

Depew: We’ve done three films. 27 Down was the first one, and that was about a police officer who gets drunk one night, runs over a ten-year-old kid, and gets assigned the case and has to deal with the parents. The second film was CO2, and that was sci-fi. It was gas coming up out of the ground, sort of an ecological, sci-fi adventure.

CS: And that was based on a true story?

Depew: Yes. It happened in Cameroon back in ’86. We took the synopsis of the story and moved it to the United States and created the story around it. The thing about the film is, with a lot of my films, I always want to tell stories about people, so it’s very strong in character and they’re not your typical characters of good guy or bad guy. There’s good and bad in all of the characters… We had all three films at the Regent Theatre [in Arlington, Massachusetts] when we did the premiere for them.

CS: You had the Final Shift premiere there last month, right?

Depew: Yes, and last month was the first time I didn’t sell out completely and the only reason I think we didn’t do that was because it was on a very, very rainy Saturday night, but close to 400 people showed up. It seats 500, and the first two movies both sold out the theatre, which isn’t typical for independent films because a lot of them, you get 100 coming in, 200 people at the most.

CS: Do you feel a lot of support from people in Massachusetts who are excited that things are being made here and filmed here?

CS: Because it’s an independent film, does the sci-fi create additional challenges because of special effects or things like that?

Depew: Not really, because a lot of it can be done with CGI now. It’s becoming easier and easier to do, so it just depends on who you have as an editor or special effects expert. You can do a lot of things that the big films can do, on a little bit of a smaller scale, but it can still be done.

CS: Is this the first time you’ve directed and acted in the same project?

Depew: Yeah. I’ve directed three, but this is the first time I’ve had a major role and directed and acted in it.

CS: Are you glad you did that, or was it a lot of work?

Depew: It was a hell of a lot of work! But it was also a lot of fun. It was very satisfying. I enjoyed it, I can say that, except for the first day when I realized I was going to have to work twice as hard. Whenever I brought people out I would say, “I only demand two things from the actors: be on time and know your lines.” First day, the only guy that didn’t know his lines down pat was me. So I had to revise it, saying, “Okay, you just have to be on time.”

CS: You had other things to think about.

Depew: Directing entails a hell of a lot. But I have a partner in Judy Coleman, who’s the executive producer and she’s also my wife, and I don’t think I could make a film without her.

CS: What do you have coming up? Are there other genres that you’d like to work in?

Depew: Yeah, if I could find the right story. I’ve got several things going on right now. One is, I’m currently directing Crossing Denver, which is a web series. As an actor, I’m acting in another one called Viewpoint 360, which is a comedy halfway between 60 Minutes, Saturday Night Live, and The Office… On the production side of things, I’m currently invested in a project that we’re trying on the West Coast. We’re trying to get a film off the ground called The Trouble with Uncle Max. On top of that, I’m looking for my newest feature. I requested to get scripts sent in. All three films, I’ve had a heavy hand in writing them, or having a co-writer. I’d kind of like to find a script I don’t have to write that I can be excited about.

To learn more about The Final Shift and Wild Beagle Productions, visit thefinalshift.com.

To learn more about The Final Shift and Wild Beagle Productions, visit thefinalshift.com.