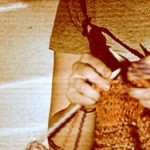 New England Connection: Sarah will be living in Cambridge, Massachusetts this year as she attends Emerson College.

Director(s) Bio:: As a film major at Emerson College in Boston, Massachusetts, Sarah Ginsburg has taken advantage of the resources and atmosphere that are now in her reach. Filmmaking became her passion as she made all of her high school’s videos and attended a summer film institute at Stephens College in her hometown of Columbia, Missouri. Sarah’s main interest has been documentary filmmaking, yet she wants more exposure and experience with other genres as well. A Work In Progress is Sarah’s first time molding together experimental, documentary, and music video characteristics all into one short film that expresses her ideas on how life works.