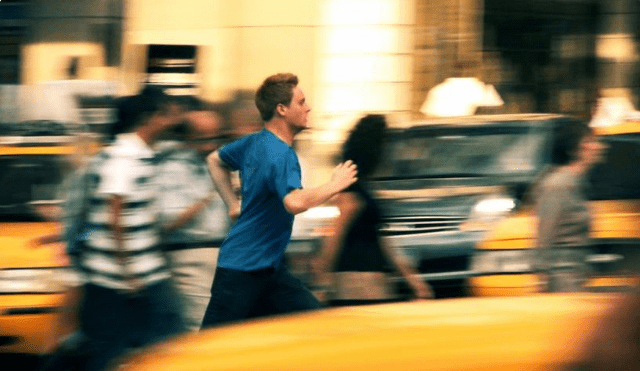 Follow Your Bliss, Not Your Budget: An Interview with Jesse Barack

Share
On most independent features, a small budget is a source of constant worry. It can stifle a director’s creativity and lead to concession after concession. But director Jesse Barack isn’t letting money worries stop him from pushing his upcoming film, Polypore, to the limit.

Jesse Barack’s film Polypore began as an homage to Akira written on bar napkins, but it has since mushroomed into an epic, globetrotting sci-fi thriller, featuring a cast of more than 80, a potent mystery and even a celebrity cameo. Throughout the process — from casting to filming to marketing — Barack has found creative ways of turning limitations into assets. And, like the nefarious corporate conspiracy at the film’s heart, it seems nothing can stop Polypore, not even a small budget.

John DeCarli: How did you manage to raise the money for this project, which is always a tough proposition for independent ﬁlmmakers?

Jesse Barack: The money for Polypore was raised primarily through my videography business, Mass Videography. The UMass Arts Council also awarded us a grant. We started promoting the film online during pre-production and made some additional money through early donations. We are currently raising money on Kickstarter.com for ﬁlm festival fees, and have already made over $500. Fortunately, the Internet has made it much easier for independent ﬁlmmakers to ﬁnd money for their projects.

JD: Most of the film was shot near your hometown in the Berkshires. What was it like to see the area you grew up in through the eyes of a ﬁlmmaker? What sort of look did the area give to the ﬁlm?

Barack: I had grown a little bored of the area in my youth, but once I began to visit other parts of the country, I realized how truly rare the Berkshires are. It’s a gem, really. In this ﬁlm, we’ve been focusing on locations like Richmond, where the vegetation is rampant and overgrown. We’re going for a post-apocalyptic, Pan’s Labyrinth, Narnia feel in a particular sequence where the protagonist travels to the secret location of the Rein Corporation, which is very isolated. In a future motion picture, probably a drama, I would love to focus on the other aspects of the Berkshires: the old inns, small towns and unique inhabitants.

JD: Despite its roots in the Berkshires, Polypore also features scenes shot in Tokyo, Paris, New York, L.A. and Vienna. What does the international setting give to Polypore? What was the process of ﬁlming around the world like?

Barack: The international settings add a global feel to the ﬁlm, which really works perfectly because the plot involves a multi-national corporation and a horrendous conspiracy. The characters in the ﬁlm travel the world to discover the truth behind a number of mysteries throughout the ﬁlm. The international shoots were achieved via guerrilla networking. I would ﬁnd an actor who was already visiting one of these locations, send them a camera, ﬁnd an international ﬁlm crew and write the location into the script for their character, without changing the core plot structure.

JD: That’s an interesting way to give the movie a wide expanse, but what was it like working with actors remotely? Was it tough for you to be absent during the actual shooting?

Barack: Many of the actors in the film are fellow international adventurers, and thus I put it upon them to shoot scenes involving their respective characters on location in various cities. It was typical for the actors to arrange for small film crews through their connections and networks. I try to speak with every actor about their character as much as possible prior to shooting, and for this particular project I’ve been very open to the actors bringing their own ideas and interpretations to the table. Prior to their escapades, I had to have faith that [the international actors’] work would be of high quality both visually and aesthetically. Luckily, it was.

JD: Aside from the cast, the core structure and idea of Polypore has mushroomed since its original conception. Did it grow all at once or gradually?

Barack: Polypore was originally an homage to Akira, the 1988 masterpiece by Katsuhiro Otomo. In the original story, I even used the names Kaneda and Tetsuo for the main characters. Just like Tetsuo in Akira, the story mutated and grew into something we never anticipated. Originally there were seven characters; there are now eighty-seven. The growth has been very organic. The story has almost written itself from within, as if it is alive and sentient.

JD: Was it a conscious decision to start getting bigger?

Barack: Yes and no. I knew that I wanted to expand some things, but as I was writing I kept generating wild ideas, and I couldn’t ignore them. I adopted the policy of ‘let’s see how much production value we can get without increasing our budget.’ Polypore is defined as an enormous film on virtually no budget. I had the minimum amount necessary when we started, and as we received additional funding, the production value increased. When we hit our funding ceiling, we decided to just go ahead and keep increasing the production value even though we weren’t receiving any additional funds.

JD: Since ﬁlmmaking can be a very rigid process, what has been the biggest challenge of growing the project while it was already underway? What has been the greatest advantage or discovery?

Barack: The biggest challenge has been wearing multiple hats. While I am directing, I have been forced to spend most of my time producing. On my next project, I would like to hire a line producer, as well as an assistant producer. The greatest advantage that we have is our passion, our ingenuity and our ability to create enormous production value out of very little capital. You can make a large ﬁlm with a small crew and a limited budget.

JD: Did you ever think it wouldn’t get done?

Barack: I’m ridiculously ambitious and never even considered this a possibility.

JD: I was psyched to see that Lloyd Kaufman of Troma films has a cameo in the movie. How did you get connected with him? Is his work something you had in mind preparing for Polypore?

Barack: I’m a huge fan of Lloyd Kaufman’s literature regarding independent ﬁlmmaking, such as Direct Your Own Damn Movie. I just picked up a copy of Sell Your Own Damn Movie, which I hope to use upon Polypore‘s completion. In regards to Polypore, I wrote a scene for Lloyd and sent it to him. We spoke and agreed to shoot the scene at Troma Entertainment in New York, which was awesome. We shot in the basement surrounded by hundreds of Troma film reels, which appear in the scene. Working with Lloyd was a lot of fun.

JD: The viral marketing strategy seems to be essential to the film. What sort of strategies did you develop and what do you hope to accomplish with it?

Barack: We started promoting the ﬁlm immediately upon its inception via Facebook, Twitter, YouTube teasers and our official site. It’s great to let people follow the project from the beginning, because they’ll enjoy it that much more when it’s finally released. Another reason we’ve been involving so many people in the ﬁlm (crew members, extras, etc.) is because every single person involved will likely tell everyone they know about the project. Right now we’re in the process of generating constant content for our social networks: production stills, screenshots, related stories and videos and our own ‘mini teasers’ (random, unexplainably absurd clips from the ﬁlm with a duration of less than 10 seconds). In doing so we hope to build a loyal following of fans for this project, as well as our future projects.

Barack: Quentin Tarantino and Christopher Nolan have both said this, and I agree: ‘Make a ﬁlm that you would want to see yourself.’ Also, just be passionate at all times. If you do that, you’re going to invest yourself in the project fully, and it will show. Some people will enjoy the ﬁlm because they share the same taste as you. Others will enjoy it because the ﬁlm will simply express the amount of passion invested during the creative process. If you really invest yourself passionately, it will show.