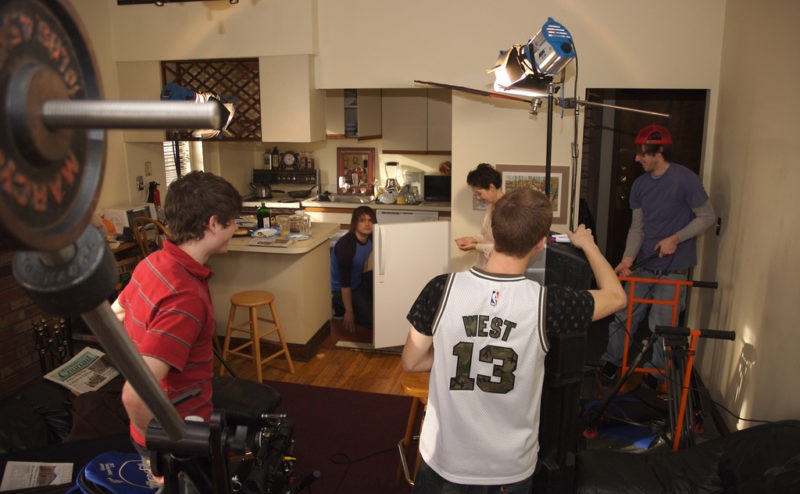 Directors and Cinematographers: A Love Story

I have worked as a freelance cinematographer for nearly 15 years, and I can say without a doubt that the most difficult thing for me to work with is a director who doesn’t know what he or she wants.

I’ve had my share of directors who don’t know color temperature from Fahrenheit temperature. I’ve known some who think that adjusting a single light will make the difference between mediocre lighting and great lighting. I’ve known directors who consistently frame the shot themselves, making me wonder why my services were commissioned in the first place.

None of these, however, compare to the director who comes on set without a clear vision, without clear priorities. Because that’s when it becomes my responsibility. And I’m no director.

I was on a shoot for a low-budget feature in Rockport, MA, a family drama set in 1982. In our early meetings, I brought plenty of options to the table, everything from taking examples from how films in 1982 were shot to altering the coloring of the film to make it seem as though it was shot in the 1980s.

To each of these ideas, the director came across as extremely supportive.

We had already completed several shots when my director took me aside and said, ‘I think maybe we should just try to shoot it, you know, normal.’

When I asked for further clarification, he said, ‘You know, like the way most films are shot.’

Here’s a tip for every director out there: every film is shot differently. We cinematographers might frequently use the rule of thirds and give a similar amount of headroom to our subjects, but I can assure you that one cinematographer’s work is as similar to another’s as The Shawshank Redemption is to The Little Mermaid.

If you don’t have a particular style in mind, then i’m perfectly glad to sit with you and work something out. If you don’t know what you’re going for, though, then I won’t know, and as I’m heading up the crew, no one else will know, either.

Another time, I was in Rhode Island, working on a short slasher film. The director had the idea to cover the camera lens with a red gel to make things look ‘bloody.’ I recommended that he keep things in true color during the shoot, and he could always colorize the footage afterward. Besides, what if he changed his mind? It’s not exactly easy to uncolor such a captured image.

‘Are you sure this is what you want?’ I asked him.

The shots didn’t come out the way that he wanted, and in post, I heard that he blamed me for making the shots ‘too red.’

The best sort of collaboration occurs, in my experience, with a director who sits down with me early and thoroughly discusses his/her vision and expectations. Even if a visual vision is unclear, I can help you develop it, and what’s more, I can adapt it to your directing style. I want to work well with you, and I want to make something beautiful, just like you.

Or, you can always take the route that one of my last directors did, in upstate New York. He was shooting a horror film and insisted on second-guessing every shot that I made. Filming ran twice as long as it should have. In each shot, I explained my intentions to the director, and how what I was doing would lead up to the film’s final, climactic scene.

He essentially took over my responsibilities and the film came out just as he had imagined it. Why was I brought on board in the first place?

If you’re a director, I would certainly advise that you look in the viewfinder before the camera rolls. I want you to be pleased with my shot. However, I would also ask that you trust me to do my job, just as I trust you to do yours. You hired me for a reason, and meeting your expectations is not good enough for most cinematographers. We want to do well, for our sake as well as for yours.

I’m reminded of a story told by my own photographic mentor, a former professor.

He was on set of one of his first films, working with a relatively successful director who had started out as a cinematographer. He was extremely nervous and wouldn’t stop second-guessing himself.

He then set up for the second shot, and the director was ready to call action, and my professor said, ‘Excuse me, don’t you want to look in the viewfinder? To make sure that I set things up right?’

The director turned to him and said, ‘I’ve looked in it once already.’

Ultimately, I’m not saying that directors should necessarily be that hands-off. However, I can speak for most cinematographers that I know when I say that if you trust us and impart a clear vision to us, then we will work our utmost to see it through.

We will trust you, too.