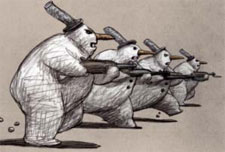 Join NewEnglandFilm.com, the filmmakers from the Online New England Film Festival, and industry leaders for the Awards Ceremony and Networking Night at the Coolidge Corner Theater on October 15th at 7pm. A selection of films from the festival will be screened and the jury & audience awards will be announced in each category. Tickets can be purchased through the Coolidge Corner Theater online box office.

Check out Williamstown before the festival at Images Cinema’s evening of live music October 1st. Opening will be the Cabinets, a musical project by local artist Ven Voisey, followed by singer/songwriter/animator Laura Goldhamer performing with Silvernail. Still not interested? What if we told you video projections of stop-frame animation accompanied Silvernail’s tunes? Visit www.imagescinema.org for info.

As state budget cuts begin to affect all of Massachusetts, there has been a significant effect on the Massachusetts Cultural Council’s grant programs supporting the arts, humanities and sciences. Taking a reduction of approximately $3 million ($12.7 million to $9.7 million), the MCC cut positions, administrative spending and several partnerships and initiatives to ensure that no school or organization sees its grant cut by more than 23 percent.

When filmmakers put their efforts towards a good cause, you’ve got yourself an event like the staged reading of Fallen Angels: The Forgotten Fliers of World War Two October 16-17. Fallen Angels is based on an original work from director Matia Karrell (The West Wing, Doogie Howser, M.D., The Wonder Years) and the readings’ proceeds will be split between three women’s health services groups. The www.provincetowncares.com website includes information about opening and closing night VIP receptions with the cast, as well as the post reception dance parties.

The New Hampshire Film Festival takes place in Portsmouth, October 15-18. A night devoted to New Hampshire-made films as well as a panel moderated by NewEnglandFilm.com editor Erin Trahan are on the docket.

Boston College Professor John J. Michalczyk’s new film Writing on the Wall: Remembering the Berlin Wall by John J. Michalczyk screens on October 11 at 4:30 pm at the MFA, Boston. The film highlights the principle phases of the Berlin Wall’s evolution and captures the personal narratives of both leaders and citizens caught in the drama. A panel discussion featuring Winston Churchill’s granddaughter, Edwina Sandys, will follow the screening. For tickets, see the MFA website.

Know any high school students that are aspiring filmmakers? The Boys & Girls Club in Newport, Rhode Island will be hosting the SHOOT Teen Film Program where youngsters are offered hands on experience with HD video cameras and editing programs such as Final Cut Pro. For more information on the October 14th event, visit www.shootnewport.com.

For a night of Spanish cinema, visit the Katharine Cornell Theatre in Vineyard Haven for the feature The Headless Woman, a work New York Times called “undeniable” for its beauty. The Argentinean drama examines class status and the role of women in a male-dominated society. For more information about the October 2nd screening, call 774-392-2972.

Fans of 16mm and experimental film are in for a treat October 5th with the Harvard Film Archive’s A Visit from Phil Solomon. The filmmaker and educator will be present for the screening of five of his works, including Nocturne, The Secret Garden and Rehearsals for Retirement. The Archive will also be hosting the works of Stanley Donen, a close collaborator on the classic Singin’ In the Rain.

Do your part to support a New England-based filmmaker and his short by attending the October 23rd screening of Ramblin’ Round by Ryan Bennett, recipient of the Maine Individual Artist Fellowship for Performing Arts. The film will be showing at the Strand Theater in Rockland, ME. Check out www.ramblinround.com for more about the film.

Reach an international audience with your latest film by contacting Cape Town TV, a free-to-air station based in Cape Town, South Africa. CTV is calling for independent filmmaker content (including student films) for broadcast on a station that can reach as many as 2.5 million people. For more information, visit the CTV website or e-mail acquisitions@capetowntv.org.

In the mood for an autobiographical read? What better than that of lovable M*A*S*H actor Gary Burghoff (Radar O’Reilly)? BearManor Media recently announced the release of its new book, Gary Burghoff: To M*A*S*H and Back, which relays both the highs and lows of the actor’s life through his own words. Learn more about the autobiography by visiting the publisher’s website.

The festival season is not over yet! Running from November 4–8, the 11th EROS (Encouraging Respect Of all Sexualities) Film Festival is set to include an eclectic mix of films and documentaries all film lovers can enjoy, including Paul Morrison’s Little Ashes. For photos, directions and a soon-to-be-released schedule, visit Out Film CT.

Calling all green filmmakers: Bunker Hill Community College is seeking your environmental work for an evening of film screenings, a part of the ART GONE GREEN exhibit running November 9th–December 4th at the BHCC Art Gallery. Send your film (a maximum of 15 minutes) to the school’s art gallery by October 15th to be considered. Contact cinenight@gmail.com for the address for submissions, as well as what each film should include.

Next year’s Tiburon International Film Festival (March 18–26) is also looking for entries from all genres. For an entry form and eligibility guidelines, click here. The early bird deadline is November 17th and the late deadline is December 15th.

With the untimely death of Senator Kennedy, what better way to celebrate the Kennedy family than through film. Virtual JFK, released last month, combines rare footage and a close reading of the documentary record to illustrate what could have been in Vietnam if the president had not been assassinated in 1963 and was instead re-elected in ‘64. Purchase a copy of the documentary at www.virtualjfk.com.

Shame on you if you missed the Boston Film Festival because producers, directors and stars flew in from all around to attend their film screenings. Just in case you are curious about who you missed out on, visit the festival’s website.

Short-film lovers caught screenings of 10 shorts from the 2009 Manhattan’s Short Film Festival hosted by the Martha’s Vineyard Film Society last month. In case you missed it, read the reviews and synopses for all the works here.