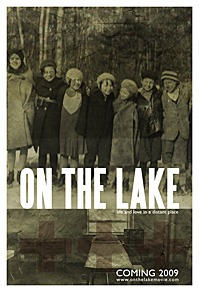 Love in the Time of TB

Share
Documentary filmmaker David Bettencourt discusses his most recent film, On the Lake: Life and Love in a Distant Place, premiering this month in his home state of RI.

The specter of tuberculosis (TB), according to Susan Sontag, is riddled with lurid meaning and metaphorical trappings. It has been viewed with suspicion, moral contagion, and mystery. And despite the revolutionary development of antibiotics in the 1950s, the last TB ward in the US did not close until 1982.

Tuberculosis has not gone away. It is the world’s second most infectious and deadly disease and drug resistant TB is now a worldwide pandemic. According to the World Health Organization (2006), someone in the world is newly infected with the TB bacillus every second and there are 9.2 million new cases and 1.7 million deaths due to TB each year.

Modern medical treatment came too late for many with tuberculosis in the United States in the early 20th century. But, many did survive and we witness some of their very moving stories in the soon-to-be released documentary film, On the Lake: Life and Love in a Distant Place. Rhode Island filmmakers David Bettencourt and G. Wayne Miller have achieved what every filmmaker wants: raising enough money to produce and complete a film, having people see it, moving them by it, and hopefully, inspiring a change in the lives of others.

Although On the Lake has not yet had its premiere screening – that will be on February 13th – it has already been endorsed by prominent health care activist Dr. Paul Farmer, professor at Harvard Medical School and co-founder of Partners in Health in Boston. Farmer is one of the world’s foremost health care activists in the fight against global TB and AIDS, and the subject of the biography, Mountains Beyond Mountains, by Tracey Kidder. He endorsed and applauded On the Lake for its “human story of the tuberculosis epidemic.”

The film has already become part of a worldwide initiative to stem the epidemic rise of TB and has been recognized by the Stop TB Partnership (www.stoptb.org) a Geneva, Switzerland-based healthcare organization that includes members of the World Health Organization, the US Centers for Disease Control and Prevention, and the US Agency for International Development. This is an enormous accomplishment for any film, and especially for one that is not yet finished. (In fact, this writer saw a rough cut just one week ago).

NewEnglandFilm.com recently had the opportunity to talk to David Bettencourt, the film’s director and co-producer, about the success of his film.

Hermine Muskat: Since On the Lake has already been so positively reviewed, I’d like to focus on how the film was made and then on some of its current implications.

David Bettencourt: I met my co-producer, Wayne Miller, when I was in high school. He was a journalist, writing an article about my senior class for The Providence Journal. He embedded himself in the school and followed me and my classmates for our entire senior year. So, we have known each other for a long time.

More currently, he wrote an article about former TB patients at Zambarano Hospital, which was established in 1905 as the Rhode Island State Sanatorium to isolate and treat “consumptives,” or those with tuberculosis. At that time, TB was the leading cause of death in Rhode Island. This story became the seed of our idea to make a documentary about the history of TB in the early 20th century. It started as a short film, just about the history of this hospital, and as we slowly did more and more research and started to look into sanatorium life, we realized that it was more of an international story and it just blossomed from there, taking us to Saranac Lake in New York, a town that was actually built on this disease. Then we looked at how Colorado grew and developed as a result of the migration of TB patients and the growth of sanatoria. And it kind of grew from there.

HM: Did you have a sense of the importance of this issue and how it might be received when you first began your film?

Bettencourt: No, I didn’t. It took some time to absorb the full impact of this disease. I started reading books about TB in the early 1900s, how it was killing a lot of Americans, and I realized through people’s handed-down personal stories how huge it was. When people talked about their parents and I read some of their love letters and learned what it was like in these sanatoriums, I started to realize how this might affect viewers and how their story needed to be told.

Because there is relatively less TB now in this country, we don’t realize how much it is on the rise throughout the world. A lot of people think you just get a shot for it when you’re little, like chicken pox, but that’s not true. You’re out there in the open against this thing and if you catch it fast enough, modern drugs might not heal you. And, it’s really bad amongst people with HIV/AIDS. In Africa, the sanatoriums have 20-foot high walls with barbed wire on the top…like prisons.

HM: You showed the film several times before it was actually completed. What effect did these rough cut screenings have on the film’s final outcome and did they in any way alter its thematic or stylistic emphases?

Bettencourt: We decided to test screen for medical audiences for several reasons: to assure the film’s medical accuracy and its clear explanation of the more global aspects of TB, and to hear people’s impressions of what they actually saw through our portrayal of the more human side of the disease. It was quite frightening for me because the musical score was not complete, much of the picture was not resolved, I had cutaways that were not rendered, and it just looked funny. But, we got great responses from audiences at the University of Pittsburgh and Harvard Medical School as to what they felt was missing, what they liked and didn’t like about the film. I got to watch, hear, and experience audience reactions, to directly speak with them about what they enjoyed and what they wanted to see, what might make them come back and see it again, and what would make them tell their friends about it. As a result of these screenings, we added additional information about multiple drug resistance and racial segregation in sanatoriums in the US. While obviously I didn’t go back and make every single change that they mentioned, it made me a better director and a better filmmaker. I don’t think it’s for everyone and I don’t think it’s for every film, but for this one it really did help us get to where we are today.

Right before our screenings, I googled “test screenings” and found that when John Woo test screened Face Off, audiences hated his ending. So he changed it. And, then I thought, ‘Oh, no!!, am I going to have to change the end of my film?’

HM: What is your hope for this film?

Bettencourt: The film was made to raise public awareness about TB. Sick people were sent away to die and ended up living long, productive lives. But, it also tells us that TB has not gone away. It has not been defeated despite medical advances. And, if we’re not vigilant, we could have a lot of multiple drug resistant TB cases in the US. We need to think globally, to raise awareness as to how bad the TB epidemic is in other countries like China, Kenya, India and the former Soviet Union where there is not enough money or support to stop this rising epidemic.

As we move into a digital world – video at the push of a button, YouTube – it’s vital to bring these public health issues to the forefront. The documentary is a wonderful vehicle, combining information and creative expression and could be an important way to bring public health concerns to masses of people.

HM: What would you say to upcoming filmmakers about how to pick the right story?

Bettencourt: I look for ideas and stories in newspapers, magazines, or on TV that intrigue me. I went to Rocky Point, the topic of my first film, everyday as a kid. It was my backyard Disney World, right here in Warwick, RI. So when it came time to make the film, I knew it intimately.

I run a four-week program for high school kids in the summer and I tell them to just get a camera and shoot and practice and cut and practice and eventually you’ll find a topic and story line that you feel strongly about and that will be the right time to make the right movie. But, it all begins with story.

On the Lake will have its world premiere on February 13th at the Stadium Theatre in Woonsocket, RI, and be broadcast on PBS starting March 23rd. The film is scheduled to be shown at TB Awareness Day at the Harvard School of Public Health (March 3rd), the University of New Hampshire (March 11th),the University of Massachusetts Medical School (March 12th), New York University School of Medicine (March 27th), Johns Hopkins University (April 17th), and the National Jewish Health Center (April 23rd).

On the Lake will have its world premiere on February 13th at the Stadium Theatre in Woonsocket, RI, and be broadcast on PBS starting March 23rd. The film is scheduled to be shown at TB Awareness Day at the Harvard School of Public Health (March 3rd), the University of New Hampshire (March 11th),the University of Massachusetts Medical School (March 12th), New York University School of Medicine (March 27th), Johns Hopkins University (April 17th), and the National Jewish Health Center (April 23rd).