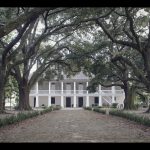 Telling the Story of Slavery is a short documentary film about the first museum in America dedicated to exploring the legacies of slavery.

Discussing the legacy of slavery in America is still a complex and difficult conversation to have. How do we confront this horrible and defining period of our shared history? This is a film about a place that is attempting to do just that: The Whitney Plantation. It’s a former plantation founded in 1752 and located in Louisiana along the historic River Road, which winds down the Mississippi towards New Orleans. John Cummings, a lawyer who founded the museum, spent sixteen years planning and over eight million dollars of his own money to restore this site, which honors the memory of those who were enslaved on plantations and whose labor helped build this country. The Whitney Plantation is not a place designed to make people feel guilt, or to make people feel shame. It is a site of memory, a place that exists to further the necessary dialogue about race in America. This is a film about this place, its founders, and how it is helping America understand it’s most unpleasant past.

New England Connection: Kalim Armstrong was born and raised in the Seacoast of New Hampshire and attended Oyster River High School in Durham, NH. His father Randy Armstrong is a world renowned musician based in Barrington, NH and his mother is am educator and social justice organizer based in Portsmouth, NH. His brother Julian is the owner of ANJU and the Wallingford Dram in Kittery, Maine transforming New Englands culinary scene. Kalim has spent his life traveling the world yet New England will always be home.

Director(s) Bio:: Kalim Armstrong is a filmmaker based between Brooklyn, NY and the Catskill mountains. Kalim's passion for storytelling stems from an idea that a better understanding of the lives of others can contribute in some small way to making the world a better place. His work has taken him to the mountains of Norway with soldiers training for winter warfare survival, across Europe filming rock and roll tour documentaries with living legends, directing projects with elite athletes, as well as creating quiet portraits of homeless communities living on the fringe of society.

Kalim was raised in the Seacoast of New Hampshire and earned his MFA from Hunter College and BFA from the San Francisco Art Institute in photography. He is a recipient of the Princess Grace Film Honraria for the documentary In the Woods and from the Brooklyn Arts Council for the award winning Pass it On Project about the Civil Rights Movement. He has taught in the Film & Media department at Hunter College, as an associate professor at John Jay College of Criminal Justice, and as a workshop instructor at DCTV.

Kalim Armstrong is a co-founder of Vacationland Studio - www.vacationlandstudio.com - a Brooklyn Based video production company. Vacationland produces, directs, and develops projects for the worlds biggest brands and travels to the farthest corners of the earth to create both documentary films about social issues and branded content for companies we are passionate about. 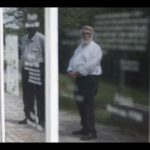