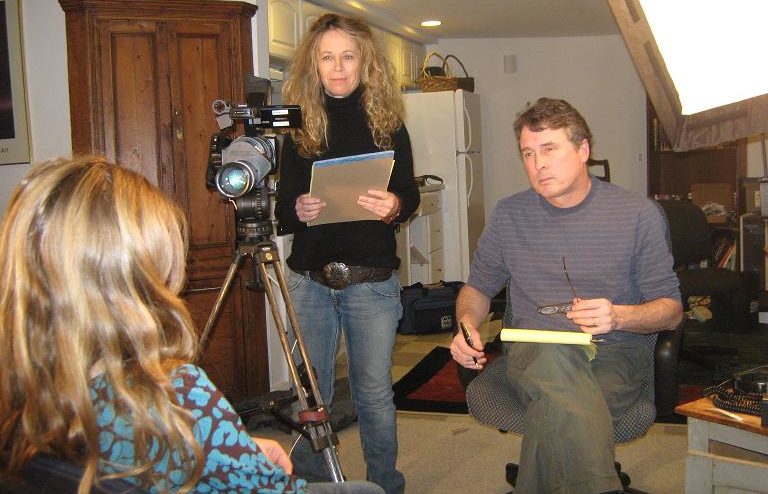 How to Utilize Story Development Services

Share
Mere LaTour describes the benefits of seeking outside help with telling an effective cinematic story, whether fictional or documentary.

Story producers are an integral part of the collaborative effort in the cinematic arts. Their job is to bring out the fullest potential in the story. They hone story strengths and create the structural foundation necessary to generate an unforgettable on-screen experience. Directors, screenwriters, and studios use story producers to construct, develop, and evaluate their project’s story.

A great story begins as a diamond in the rough. Although the idea may come from nowhere, it doesn’t emerge in its finished form. Instead, writers work to shape this raw potential into the most compelling tale possible. The premise may be both intriguing and commercially viable but for it to succeed, the portrayal must engage its audience. Because once an audience checks out, it’s unlikely they’ll reinvest in the story.

This is where the services of a story producer comes into play. They draw on their love of story and their expertise with structure to develop an absorbing screenplay that will translate to the big screen. Along with development and evaluation, a story producer prevents these pitfalls and realigns a story that gets off track.

Story development can be approached from the screenplay before production begins, in post-production, or at any point in between. Professional story development spans analysis of story and structure for a screenplay as well as fleshing out a cohesive line of action from existing footage. For example, coverage is written for every screenplay submitted to a studio or agency in Los Angeles. However, in a documentary environment such as in Boston, the story line is more often developed through the hours of film that has already been shot without a pre-existing screenplay. Even when a feature or documentary is in production, it’s common to use a story producer to sharpen the story by reworking the characters, crisis, conflict and overall arc.

The Los Angeles film business uses story analysts to evaluate literary properties and write industry standard coverage. Literary properties are primarily screenplays but can also be novels, investigative reports, memoirs and manuscripts that are being considered for the big screen. Coverage consists of a top sheet that includes the specifics, a logline and the premise. Studios require a grid that rates the plot and structure. Following the top sheet is a one- or two-page synopsis and a page of comments. The comments evaluate the story, characters, and structure and make recommendations concerning marketability. Finally, the project is rated as either pass, consider, or recommend.

The most common rating by far is “pass.” Screenwriters that have the opportunity to submit their screenplays to studios and agencies would be well advised to hire an analyst to evaluate their script before sending it out. Often, the screenwriter is so close to the story that they miss glaring issues. It’s not unusual for a screenwriter to claim they have a commercially viable project and maybe even a blockbuster when in actuality, the script is far from ready. A professional analyst can help your screenplay gain its edge so it stands out among the stacks that are piled up and waiting for coverage. If a studio or agency story analyst evaluates the script as a pass, it will not be read by anyone else.

Aside from acting as a kind of gatekeeper who looks for scripts that stand out, story analysts also collaborate with directors, screenwriters, and studio executives to strengthen a story. A concept can be commercially viable but needs further development before the script is camera ready. There may be weaknesses in the structure and the story that need to be reworked. Often, flaws that need restructuring and refining show up during production and parts of the story are even reworked while the project is in post-production.

At the other end of the continuum, story producers develop a cohesive line of action by considering sequences of film clips. A documentary filmmaker with a strong vision may get stuck when they view their hours of footage. Their overarching theme is obvious but they need a compelling line of action that pulls it all together. This was the case for Cambridge-based filmmaker Bill Parker of Hindsight Media and his Last In Class project. Parker came from a Harvard educated legacy, but graduated college near the bottom of his class. He explored the concept of success by filming individuals who did not do well in school yet went on to create gratifying careers. Each person had their own intriguing story and Parker drew on my experience as a story producer to develop a cohesive line that integrated the individual stories. We explored poignant themes that emerged from the lives of these people and found the universal threads that connected them together.

It can be said that story professionals serve the story. They analyze and evaluate the story in terms of its structure, plot, characters, dialogue, genre, and underlying themes. Their goal is to flesh out the creative potential and elevate the story to its highest level while at the same time, ensuring a solid structural foundation. Collaborating with story professionals can provide fresh energy and significant insights that enliven a story. In the beginning and in the end, what sets a project apart is the power of its story.

Click here to read about what happens when a script receives ‘coverage.’

Click here to read about what happens when a script receives 'coverage.'