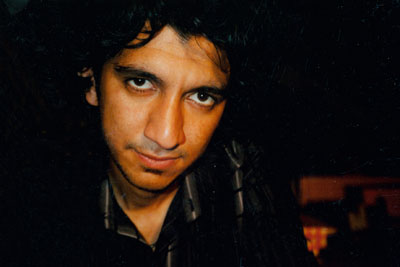 Share
A report of news & happenings in the local industry for June 2008.

Does the phrase “permanent vacation” mean more to you than an Aerosmith album? Organizers of Boston Open Screen hope so; bring your vids, or just your attitude to the Coolidge on June 10th. Learn more about all of this here.

The Center for Independent Documentary and the Kopkind Center are sponsoring a weeklong retreat for ten filmmakers along with mentors at Treefrog Farm in Guilford VT, from August 3-10. The deadline is June 15th.

The last two Beyond Broadcast conferences took place at Harvard and MIT, respectively. This year it will be held at American University on June 17th, where participants will “explore different definitions of ‘public media, learn about participatory mapping and visualization tools, and examine how those tools can help us all understand the shifting terrain for mission-driven media.” If you are going, please let NewEnglandFilm.com know your thoughts.

Provincetown Film Festival is this month, June 18-22. The always attractive line-up includes an acting award for Gael Garcia Bernal, the Faith Hubley Memorial Award for Jane Lynch, and the Filmmaker on the Edge Award for Quentin Tarantino. Yes, that means they’ll be there, maybe even watching the North American premiere of Madonna’s Filth and Wisdom. Visit
www.ptownfilmfest.org.

The Cambridge-based Social Equity Venture Fund (S.E.VEN) is seeking short films (2-5 minutes) that tell the story of an entrepreneur’s solution to poverty. Winning Cinéma Prospérité films will “show what odds they’ve overcome, the impact they’ve had on the world and how they’ve still managed/are managing to achieve their goals.” Submit through September 15th.

Bonnie Silva of Newbury, Massachusetts has spent two years documenting stories of rescued dogs, cats, rabbits, and the people willing to go the extra mile to save them. Fifteen Legs should be screening in New England soon.

The Safdie brothers – Josh and Benny – have received the stamp of international cinematic approval from the Directors’ Fortnight at Cannes. (FYI on Directors’ Fortnight: it was created by the SRF (French Directors Society) in 1969; the SRF programs a selection of films from around the world during the Cannes Film Festival.) Josh Safdie had his debut feature The Pleasure of Being Robbed, screened and Benny Safdie had a short, The Acquaintances of a Lonely John, screened. The bros are BU alums.

Lawrence, MA filmmaker Lorre Fritchy has been busy with her feature Millies. She visited Lawrence High School for a Q and A; “talked film” at a YWCA fundraiser, and started on principal photography, “on the streets and rooftops” of her hometown. She also wrote a story for NewEnglandFilm.com
this month.

A New England Emmy victory goes to… the Rhode Island International Film Festival for its PSA campaign, No Excuses.

We always like to know what former Bostonian Byron Hurt is up to. He recently posted a video tribute to Sean Bell, one of the victims of the recent police shooting controversy in Queens, in honor of Bell’s birthday (May 18, 1983).

Screenings, festivals, meetings and other events at at www.NewEnglandFilm.com/events.