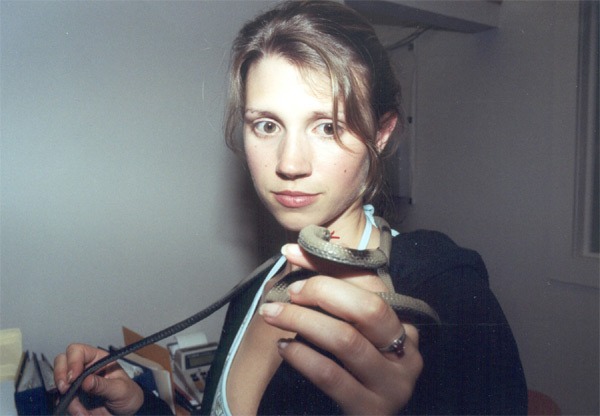 Share
New Hampshire Filmmaker Bill Millios is dedicated to independent feature production in his home state. His latest feature film 'Dangerous Crosswinds' premieres this month in Manchester, NH with a series of screenings to follow.

Bill Millios is a filmmaker with double vision, but there’s nothing wrong with his eyesight. He has a creative vision for his individual film work and a business vision for the development of a model for locally produced, independent film. His second feature film, "Dangerous Crosswinds" which he wrote, produced, directed and edited will premiere on May 26th at the Palace Theatre in Manchester, NH.

Millios’s first feature, "Old Man Dogs" [See NewEnglandFilm.com 12/97 article] was also produced and shot in New Hampshire and enjoyed favorable reviews and modest theatrical success. Millios says the script for "Dangerous Crosswinds" has "a long history. I wrote it in the early ‘90s, on spec. People liked it. The William Kerwin Agency in LA even represented it for a year, and then we tried to jump start a couple of times. Finally, everything came together in the spring of 2004."

The film is the story of Harry Toland, a native of New Hampshire who becomes a Pulitzer Prize winning journalist in New York City. However, the newspaper has fired him over the controversy surrounding a book he’s written about euthanasia. Harry returns to New Hampshire and takes a job at a small town newspaper. He reconnects with his mentor from college who asks him to take part in a mercy killing, which he does. Afterward, the facts of the case don’t seem to add up and Harry uses his reporter’s skills to uncover the truth.

In the years between the two films, video and editing technology advanced and became affordable for Millios to purchase his own equipment. "Dogs" was shot on 16mm film and edited on a Moviola machine, whereas "Dangerous Crosswinds" was shot on "24P" video and edited on Adobe Premiere. Millios is pleased with the progressive video format for its significant cost savings compared to film and it’s superior image quality. "It looks nice. We were able to get pretty close to a film look and we used an anamorphic lens so we have a 16:9 ratio." Overall, he is pleased to have "more quality control" over the product especially in the post-production phase.

Although Millios says it is his policy not to discuss budget because he wants the film to be "comparable to any other independent film," he will say that the film is "privately financed" and that he has "financing to take us all the way to DVD." He says his fundraising objective was always "part of the plan" and doesn’t see any other way to do it. "It’s a mistake people make, they think the money will come. I didn’t start until I had the money to complete it. That’s one of the reasons it took seven years to complete." When production began he was able to pay everyone stipends. "Some of the crew deferred," he says, which was exciting to him that they had such faith in the project.

"It’s a crew film more than anything, without them there’d be nothing," Millios says. He has special accolades for his DP, Marc Vadeboncouer. "I’ve worked with him before and technically he’s as good as it gets." In addition to being the DP, Vadeboncouer has been invaluable in post-production. "He’s worked for months and months doing color correction," Millios says.

Millios is quick to credit the crew and the cast for their outstanding effort and the admiration is returned. Larry Jay Tish, the actor who plays the lead character Harry Toland, says, "Bill just loves making movies and his enjoyment of the process spread to everyone."

Indeed, Millios speaks enthusiastically and confidently about every step he took to make the film. For casting he says, "I filled in the blanks with six or seven actors from my first film. Then we held a casting call and auditions over two weeks in the winter of 2004."

Tish was one of the actors to answer the casting call and was the first person to audition, a position he did not relish. "You never want to go first," he says. "I called my acting coach on the way up [to New Hampshire] and he said ‘that’s fine — they’re going to compare everyone else to you.’" Millios confirms that is exactly what happened. "Larry was the first person to audition and he just nailed it. We compared everyone else to him and they came up short."

For Tish, who has a long and varied acting resume, it was his first opportunity to have the lead role in a feature film. He loved the experience and the challenges of the role. "He [the character] may not be well-liked — he’s abrasive and has strong beliefs, but Bill wanted him to be liked by the audience." As the lead character who is investigating the story behind the story, Tish is in almost every scene, which was challenging for him because it meant working with two or three new actors everyday on the set. "We rehearsed once before we shot, but your rapport is the rapport of that moment, so you hope it’s good."

Rehearsal is an essential part of pre-production for Millios. "My films are dialogue heavy, they need rehearsal," he says. "Bill takes the time to rehearse," says Don LaBranche, a veteran of local theatre productions who plays Harry’s college mentor. "Some film directors don’t want you to rehearse at all. I hate that — coming from the stage where there is so much rehearsal time." LaBranche, who also acted in "Old Man Dogs," says his character is "not very likeable, but fun to play." He thinks Millios is a successful scriptwriter because he is able to create many different characters. "His strength is he gets inside their heads. Bill really knows these people, he knows what makes them believable."

Both actors say Millios is a focused but friendly director. "Bill was gentle, but driven," Tish recalls. The director was helpful providing the context and motivation that he needed for his character. "Of course we shot out of sequence and the feelings of my character were changing almost daily as he pursues this mystery," Tish says. "Bill really helped me keep Harry where he needed to be." LaBranche says, "Bill is open to input." Improvisation is a different matter though. "No, no," says the actor, "everything is prepared."

Millios says, "I listen and take feedback, but I don’t have patience for grand standing or prima donna stuff." Tish explains: "Bill and Marc (the DP) work out what they want in advance. On the set we were ready to go." Millios agrees and is convinced that his careful prep work is the reason that the shoot itself went so smoothly. He is pleased to say that the film was shot on schedule and on budget.

Millios has no wish to be producing films in Hollywood, in fact he thinks being in New Hampshire is an advantage, especially in terms of securing locations. "Not too many films are shot here and nobody said no to filming at their location," he says. As a result the crew filmed at over 20 locations and Millios feels this gives the film a nice authenticity. "We were even allowed to use the offices of the Monadnock Ledger when they were closed on weekends," he says. "So we shot the newspaper office scenes in the actual offices of a small newspaper."

Millios has turned his attention to the upcoming premiere in Manchester and the eight other screening dates he has arranged throughout New England. "We’re planning them as mini-events, with music and DVD sales," he says. Several of the screenings will be preceded by a concert by Laurel Brauns, who wrote original music for the film.

Millios plans to keep producing films and perfecting his model for filmmaking. "I want to keep the momentum going," he says. He has plans to shoot another film in May of 2006 and says that everyone involved in this film is already talking about the next one. Tish says that Millios has assembled a "reperatory company for film." It’s a trusted crew behind and in front of the camera who share the dual nature of his visions and his enthusiasm.

For the full screening schedule: www.dangerouscrosswinds.com.

For the full screening schedule: www.dangerouscrosswinds.com.