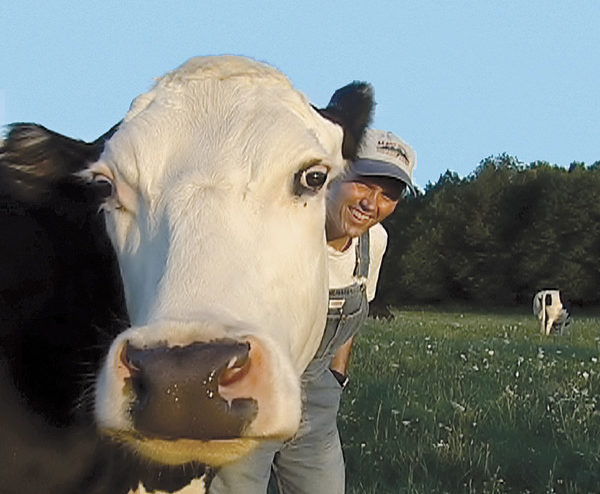 Share
A report of news & happenings in the local industry for March 2005.

Producer Eddie Schmidt’s "Twist of Fate" was nominated for an Oscar as Best Documentary Feature in this year’s Academy Awards. The HBO-financed documentary, one of five nominated in this category, details the life of Tony Comes, a Toledo firefighter who sued his former priest Dennis Gray.

Highway 51 Productions LLC will premiere its independent feature film ‘Dante’s Salvation’ on March 3 at 7 pm at the Showcase Cinema theatre in Revere, Mass. The film was completed with a cost of $30,000 and filming took place this summer in Boston , including the North End, East Boston, Revere, Saugus and Danvers. The cast and crew came from all over New England, from Connecticut to New Hampshire. For more information about the film, go to www.highway51.net.

Filmmakers and activists from around the country will converge on North Adams, Massachusetts on March 3-6 for the Projections Film Forum.  In collaboration, MASS MoCA and Working Films present a festival and interactive workshop for documentary filmmakers committed to using their films to advocate and advance social change. To learn more visit  www.workingfilms.org or www.massmoca.org.

"Feeding the Masses," directed by Richard Griffin and filmed in Providence and Pawtucket, RI, was recently picked up by Ei entertainment for a September 2005 DVD release.  For more information, visit www.scorpiofilmreleasing.com.

The Connecticut Commission on Culture and Tourism has announced the availability of Culture & Tourism Partnership Grants designed to encourage innovative partnerships among culture and tourism entities.  Successful projects can combine history, arts, heritage, humanities, film and/or tourism activities with the goal of benefiting Connecticut communities by improving the quality of life or generating economic return. For more information, contact Mary Donohue at 860-566-3005 (x 323).  An informational grant workshop will be held on March 4, 2005 from 1:00 to 3:00 pm at the Commission’s offices at 755 Main Street in Hartford. Application deadline is April 8, 2005.

The intensive, practical workshop on filmmaking, the Action/Cut Filmmaking Seminar will be in New York on March 5- 6 and in Boston on April 2- 3.  For more information, visit www.actioncut.com.

After a run on the festival circuit and airing on WGBH’s Art Close Up, "The Puppeteer" has been released on DVD.  The film profiles Igor Fokin, an extraordinarily talented artist and street performer who assembles his menagerie of fanciful wooden characters on a street corner in Harvard Square and delights audiences by breathing life into his creations.  For more information, visit www.puppeteermovie.com.

The 48 Hour Film Project, open to pros and amateurs alike, arrives back in Boston on April 8.  Apply for your team to compete to write, direct and edit a film within 48 hours.  For more information ,visit  http://www.48hourfilm.com/boston-2005.htm.

The film "Choked," by CT born, NYC based brothers Brad and Todd Barnes, was recently in the official selection at Sundance this year, as well as the Clermont-Ferrand Film Festival in France.

The Coolidge Corner Theatre has built a 15-seat classroom at the theatre and has added Final Cut Pro editing stations.  They are currently accepting class and workshop proposals.  For more information, visit www.coolidge.org.