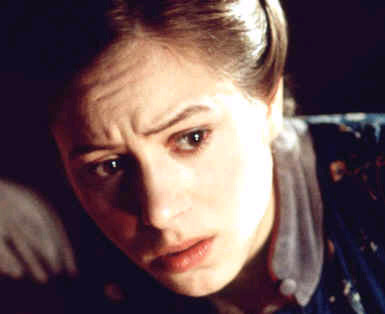 Share
'Providence' starring Matthew Broderick; filming of 'The Stepford Wives' with Nicole Kidman; upcoming fest deadlines; and more... A report of news & events in the local industry for May 2003.

Potential good news for the area film industry — Rick Smith of the Rhode Island Film & TV Office reports that, despite the recent closing of the Providence Film Commission, the local film business seems to have rebounded dramatically, back to pre-9/11 levels. He is currently scouting a healthy handful of studio and independent films, most of which are slated to film this summer or fall. Greg Gadberry of the Maine Film Office and Jay Brenchick of the New Hampshire Film and Television Office report a similar increase in opportunity. Keep your fingers crossed.

Plenty of local crew was hired for the recently completed filming in downtown Providence of Jeff Nathanson’s feature film directing debut. Nathanson also wrote the screenplay, about a film writer/director who becomes unwittingly involved in an FBI mob sting operation. The working title of the film is "Providence." Matthew Broderick, Alec Baldwin, and Calista Flockhart star. Nathanson’s past scripts include "Catch Me If You Can."

Filming of "The Stepford Wives" is scheduled to take place this summer in the Fairfield County area of Connecticut. Ira Levin’s novel about a town in which all rebellious wives are replaced by subservient robots was originally adapted for the big screen in the 1975 film starring Katherine Ross. The Paramount Pictures remake, written by Paul Rudnick, will be directed by Frank Oz and will star Nicole Kidman, John and Joan Cusack, Glen Close, Christopher Walken, and Faith Hill.

Moody Street Pictures of Waltham, MA has wrapped filming of John Stimpson’s 15-minute short, "Winter People," this month on Cape Cod. Do ghosts inhabit winter homes on the Cape? This film details one girl’s search for an answer. Stimpson’s past films include "The Gentleman of Boston." Moody Street is also actively putting together funding for "Lucy Keyes" — another ghost story by Stimpson, about a girl who disappeared 100 years ago.

Lowell, MA, native writer/director Stephen Croke has finished shooting "The Busker," after returning home from L.A. to pursue the project. The film is about a white teenage busker (someone who performs on the street for money) who falls in love with a black girl and must choose between her and a chance for a better life. Croke’s past credits include the short spoof "Being Erin Brokovich," which he wrote, co-produced and co-directed with Kristin Smith, who also worked with him on the current film. The script for "The Busker" was a semi-finalist in the 2001 Academy of Motion Picture’s Nicholl Fellowship Awards.

The Maine Film Office and the New Hampshire Film and Television Office have recently revamped/upgraded their Web sites to attract film and TV business and get local production professionals more work. The revised Maine site (www.filminmaine.com) features a new-and-improved, user-friendly On-Line Production Guide. Additions to the New Hampshire site (www.filmnh.org) include an online application to film on state property and grant resources for filmmakers.

The Underground Film Revolution (UFR) and Boston Underground Film Festival (BUFF) has scheduled sneak previews of selected films from this year’s upcoming festival (slated for September 24-October 4). A feature film, "Zero Day" and an animated short, "Gimme Shelter," will be shown on Wednesday, May 7 at the Brattle Theatre, and two different short film programs will be shown Saturday, May 10 at the Oni Gallery and Monday, May 12 at the Milky Way. A panel discussion, "Programming Alternative Vision," will precede the May 10 showing. See www.bostonundergroundfilmfestival.com for details.

Screenwriters of New England, sharpen your pencils! Deadline for the New England Screenwriting Competition is July 1. See www.rathlaw.com/nhfx/nhfx_home.htm for details.

Festivals and special events this month include: