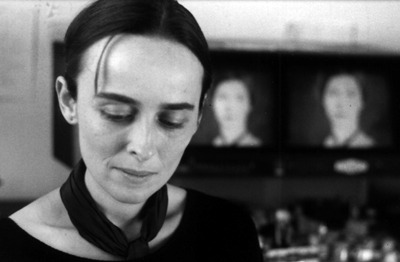 Grants are awarded based on a rigorous review by advisory panels made up of experts from throughout the state, and on occasion — to eliminate the possibility of conflict of interest — from outside the state. Specific criteria are established for the review of applications, with artistic quality being a principal concern.

Geoff Adams received a $5,000 fellowship grant in 1999. Rather than using the money for physical costs such as buying extra equipment, the money allowed Adams to spend more time shooting and writing. Adams teaches courses at the Rhode Island School of Design and his projects include video segments for PBS’s "Arthur and Zoom."

In 2002, Adams won a Merit Award of $1,000 from RISCA for film/video. The grant allowed him to work on his current project, "Birdstate" about the Rhode Island state bird. The project studies the significance of a State Bird and whether these symbols heighten public awareness of the environment. "What does the choice of domestic fowl say about our state identity? I am interested in the issues raised when images of birds serve a cultural or commercial utility," Adams says.

Filmmaker Jim Walpow won the Merit Award for film/video in 1999. In 2002, he won the fellowship grant. Jim has worked on several historical and biographical projects. Funded partially by PBS, Jim has completed "Loaded Gun: the Life and Death of Emily Dickinson," a non-traditional look at poetry.

"It is directed at individuals who may not take an initial interest in poetry," Walpow says. The film features several interesting and unusual scenes — a rock band singing the poetry of Emily Dickinson, a gunfight reflecting the dark side of Emily, a baseball scene with Dickinson at second base, and among other things, a man with an Emily Dickinson tattoo on his back.

Upcoming projects for Walpow include films about Gilbert Stuart the famous portrait artist (buried in the Boston Common), and Victoria Woodhull, who in 1872 made history as the first woman to be nominated for the Presidency.

"Talk to us before you apply," says Randall Rosenbaum, the Executive Director of the Arts Council, responsible for the direction and activities of the agency. "There are ways we can help you prepare a competitive application."