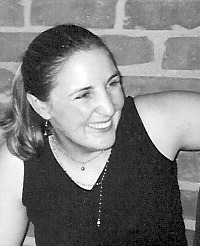 How to Be a… Production Designer

Share
Indie Production Designer Erin Muldoon Stetson informs readers of the job -- from the first artistic visualizations to the imaginative use of color and composition in each scene helping to create the overall look and emotion of a film.

Whether replicating every last detail of the ocean liner in "Titanic"; bringing a fantasy world to life in "The Lord of The Rings"; conveying a mood of drab workplace dreariness in "The Apartment"; or inventing a vision of the future in "2001: A Space Odyssey" all these films share something in common. Each of their distinct looks blossomed forth from inside the mind of a production designer. Do you like spending an entire day wandering through flea markets looking for that perfect table lamp? Do you find yourself rearranging the furniture in your friends’ apartments to capture the right visual atmosphere? Then perhaps you have the makings to become a production designer.

A production designer (PD) is the head of a film’s art department, which usually consists of an art director, costume designer, prop master, and a set decorator. The PD is involved with a film almost from day one, working in close collaboration with the director and director of photography to create the film’s look and feel by choosing the right colors, shapes, and compositions for each shot. "The three of us are really building a skeleton and framework and cohesive vision for a film," says Erin Muldoon Stetson, a PD on independent shorts and features in New York.

A production designer’s duties extend far beyond props. Because film is ultimately a visual medium, its visual material is almost like another actor, itself creating a mood and eliciting an emotional reaction from the audience. Just think how much the production design in Todd Haynes’ "Far From Heaven" contributed to the overall effectiveness of his story. It is the PD’s responsibility to find the right visual and spatial elements that best convey the film’s theme and emotion. According to C.S. Tashiro in his book "Pretty Pictures: Production Design and the History of Film," the PD must have "a thorough knowledge of a film’s setting, from the basics of architectural style to the shape of a cufflink."

It also helps to have an artistic eye. While Erin Muldoon Stetson had no formal film training, she comes from an art and art history background, a common trait among most PDs. The daughter of an interior designer, she was an art history major at Boston College and an amateur photographer (she was a photography intern on "Saturday Night Live"). She got her first break when a filmmaker friend who liked her photos asked her to art direct a short film. From there, her dedication, hard work, and inventive solutions helped her build a network of connections that led to further jobs.

If you don’t like hard work, thinking on your feet, and large amounts of stress, being a production designer is probably not for you. It involves a lot of planning and even more flexibility when the plans go astray. "Most of my work is done in pre-production," says Stetson, "but that’s also the most fun part, because that’s where you come up with your grandiose ideas of perfection. It’s not until later that you have to make compromises."

A great production designer must be able to balance their own creative vision with the film’s need for authenticity of time and place, so much of pre-production involves not only coming up with "grandiose ideas" but also research and lots of it. Depending on the nature of the film, research might include uncovering anything from period details for a Civil War epic to what the interior of a butcher shop in Queens looks like. That can mean doing a lot of reading, interviews, legwork, or any combination of the three.

Another part of the job that begins early on is working closely with the film’s location manager. The right space can determine the ease or difficulty of the PD’s job. "Locations are a huge issue for production designers because they are the space we have to transform," says Stetson. Sometimes you may not find the perfect location and will have to come up with ways to work within the given parameters of space, time, and budgetary limitations.

Finally, it’s time to go shopping! Pre-production also involves searching for props to dress the scene, which means the art department team takes all the research they’ve done and visits prop shops, antique markets, street fairs, or local merchants. If the right objects or right locations can’t be found, the art department may have to build its own props and architectural elements, like the gallows Stetson had to construct for a recent film.

The important thing to remember in all phases of pre-production is to not be afraid to venture outside the lines, be creative, and above all, be resourceful. Says Stetson, "Resourcefulness is your number one trait, and being able to get along with people. Those two things can make anything happen." And that’s often the job a production designer is given: to take the impossible and make it a reality.

Once production begins, the PD becomes more of a coordinator on the set, making sure everything is where it should be, but this doesn’t mean there is time to relax. Once again, thinking on your feet is a vital and appreciated asset. "Someone from the art department has to be on set at all times in case there are any last minute changes or prop problems," says Stetson. The PD is usually on set well before cast and crew arrive, and while called upon to solve any immediate problems, they must also be thinking ahead to the next set-up at the next location. In essence, the PD must always be one step ahead and prepared for all locations at all times.

Stetson offers several words of advice on what makes a valuable and sought-after production designer.

Above all, a positive and enthusiastic attitude, tireless effort, and a creative approach are sure to capture the attention of a producer and a director, who will appreciate a production designer who helps make their job easier. "If you don’t love what you’re working on," says Stetson, "it can be torture. But if you’re passionate and believe in the project, it can be inspiring."

Related Articles: How to Be a… Set Dresser
How to Be an Art Director