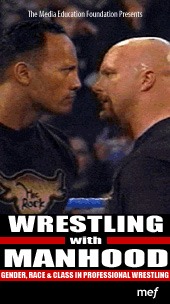 Although he’s produced over a dozen films and heads a highly successful production and distribution group, Jhally has one goal: to foster critical discussion.

But he does recognize that film and video are more than just handy visual aids; they’re almost a classroom necessity, providing a way to connect with students.

Jhally is a professor of mass communication at the University of Massachusetts, Amherst, and the founder of the Media Education Foundation (MEF) in Northampton, Massachusetts. Jhally started MEF 10 years ago when he realized that using an established distributor to sell a video he’d produced would yield him only a 10 or 12 percent royalty. "I thought, what if I distribute myself and get 100 percent back to put into new videos."

MEF began with Jhally, a host of interns, and one part-time staffer. Today, MEF has a staff of 20, produces five or six new titles a year, and is the largest producer and distributor of videos exploring media issues. Their library of 40 titles looks critically at how the mass media portrays and influences societal issues such as gender and sexual identity, tobacco advertising, video games, eating disorders, and date rape.

It began with rock and roll

For many years, Jhally used snippets of music videos in his classes analyzing popular culture. Each year, he refined his presentation, editing clips together and removing the music to allow students to focus on the images being presented to them. Finally, he ended up with a 55-minute video, with images and narration, that he titled "Dreamworlds: Desire/Sex/Power in Rock Video." He distributed 100 copies to colleges and universities around the country. MTV was not amused. The network sent Jhally a cease and desist order, threatening to file suit for copyright infringement. Jhally refused to comply, writing back to the network, asking them to support his free speech rights, and contending that "Dreamworlds" was protected by the fair use provision in the copyright law, a provision that allows educators to use and duplicate copyrighted materials for teaching and critical purposes.

The fair use provision had never been challenged, so this would have been a precedent-setting case. The controversy garnered much media attention and MTV — which was just promoting its own anti-censorship campaign — decided not to file suit and the fair use provision remains unchallenged.

That could change with the release of Jhally’s latest work, "Wrestling with Manhood: Gender, Race and Class in Professional Wrestling."

The World Wrestling Enterprise is a litigious organization, Jhally says, and MEF is preparing for a response from them once the video is released. However, Jhally says he has been careful to follow the fair use terms carefully while producing this video.

"This type of case has never gone to the courts," he notes. "I’m convinced it would go all the way to the Supreme Court, and even this Supreme Court would [favor] us in terms of free speech."

Jhally felt compelled to tackle this subject because it’s difficult to get people to take wrestling seriously.

"Anytime something is so popular, it must be examined, even though it’s seen as idiotic," he says. "In fact, that’s even more of a reason to take it seriously."

Today’s version of professional wrestling is radically different from that of the 1980s or ‘90s, Jhally points out. "It’s really a backlash against feminism," he says. "It’s a moving back to patriarchal roles, a throwback to the 1950s with big, tough, muscular bodies."

The sport, for lack of a better word, taps into three aspects of our culture, Jhally says: race, class, and gender.

"Most people don’t think of wrestling as racial," Jhally says. "But over the past 10 or 15 years, black bodies have taken over popular culture, from rap music to the prominence of black athletes."

Most wrestlers, however, are white, and the WWE — which had to change its name from the World Wrestling Federation after a losing a legal battle over the WWF trademark with the World Wildlife Fund — is a place for white boys and men to see images of themselves.

"Think of the phenomenon of backyard wrestling, with kids out there videotaping each other," Jhally says. "These kids are putting together their demo reels."

Class is reflected because the boss, Vince McMahon, gets beaten up every week. "In the 1990s, we had economic insecurity. It was a time when corporations were not that popular. The WWE is very cleverly tapping into that," Jhally says.

And wrestling is rife with gender issues, including, Jhally says, the potential for homoeroticism ("with all those naked, sweaty men rolling around together"), which is mitigated by concentrating all of the homoeroticism on explicitly gay characters, who are despised and booed by audiences.

"There are also many more female characters now, and they’re essential to the plots," Jhally says. "Women are drawn into the conflict and you regularly find men hitting women."

"Wrestling with Manhood" uses clips from the WWE as well as interviews with a number of fans, but is centered around interviews with Jhally and Jackson Katz, a gender violence expert and producer of "Tough Guise: Violence, Media, and the Crisis of Masculinity."

Jhally points out that to analyze a cultural form you have to be a bit of a fan, though you also have to maintain some distance.

"Wrestling is unbelievably well done," he says. "The athleticism is amazing; the writing is well done. These are essentially stunt men, but they’re doing live stunts."

Wrestling’s target audience, however, can’t reach the distance necessary to view wrestling with a critical eye. "The audience, young boys especially, think it’s real," Jhally says. And that’s where the danger comes in. There have been numerous cases of backyard wrestling where kids have thrown down other kids, causing serious injury or even death.

"You have to look at why kids think they can do this and not hurt someone," Jhally says. It’s not just watching violence that turns kids to violence. "It’s the stories being told about violence."

Professional wrestling, like cartoons, is filled with "happy violence" — a media critic’s term for describing violence shown without consequences. Wrestling’s brutality has also escalated. "Wrestlers have gone from hitting each other with fists to chairs to tables to sledgehammers to even cars and trucks. Still no one seems to get hurt."

The story told, then, is that it’s okay to wrestle and slam a friend to the ground because no one will be injured. "Wrestling is worse than cartoons," Jhally says, "because it’s real people conjuring tricks in the ring."

Early research does show that audiences are affected by what they see in the ring. A study conducted last year by Wake Forest University School of Medicine shows a connection between watching wrestling and dating violence.

"The story wrestling tells is: the women who get hit deserve it," says Jhally. "And it’s being told as if it’s funny."

An early version of "Wrestling with Manhood" will be shown as part of the Boston Film and Video Foundation’s Rough Cut series. And though Jhally is looking for ways to broaden MEF’s reach — through film showings at libraries and community centers, for instance — his primary purpose remains clear and steadfast.

"If you gave me two choices… this could be shown on PBS or in the classroom, I’d want the classroom," he says. "You can’t turn it off. The audience is captive, in a sense. And they have to discuss it afterwards."