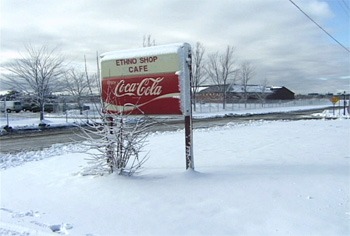 The New Face of Vermont

Share
Filmmakers Sienna McLean and Peter Logreco seek to portray the multi-cultural shift of Vermont in their new documentary 'This New Life: Refugees and the Changing Face of Vermont.'

The country life of Vermont is not exactly what comes to mind when one hears the phrase "melting pot." However, this may soon be challenged by the emergence of a "new" Vermont, one that is more culturally and racially diverse than ever before.

The new Vermont is the subject of a documentary by filmmakers Sienna McLean and Peter Logreco. Scheduled to enter full-scale production this summer, "This New Life: Refugees and the Changing Face of Vermont" is a film that will explore a phenomenon that is increasingly changing the face of Vermont as well as other parts of America.

"In my mind Vermont has always been considered a fairly progressive place — a haven for hippies, artists, and writers. But I think the influx of refugees is going to diversify the place in a way nobody expected — and I think its great," says McLean. "I just wonder what problems may come out of this… These refugees will inevitably change the reality of what Vermont is, and it won’t just be hippies, vacationers, and farmers."

For decades, Vermont ranked as the whitest state in the union–but this is no longer the case. For the last several years, resettlement programs have brought hundreds of political and economic refugees from Africa, Asia, and Eastern Europe to settle in the state. With the growth of these refugee populations, issues of integration, diversity, identity, and community have come to the forefront of the public dialogue. By spending a year tracking the lives of five refugees, filmmakers McLean and Logreco hope to expose a state in transition, while demonstrating the daily struggles faced by refugees trying to establish themselves and their families in a new home.

"This New Life" seeks to introduce an amazing array of individuals to the audience – and the diversity is all the more unexpected because the location is not New York, Los Angeles, or Miami, but small-town New England. Towns such as Barre and Colchester, Vermont, are now home to recently arrived refugees from Bosnia, the Congo, and Kabul, Afghanistan. The transition for these refugees may understandably be a difficult one, as they face the struggles of finding work, learning the language, and establishing a home for themselves in a foreign land. Yet, the transition for the communities into which these refugees move may be equally as difficult. Despite its reputation for liberalism, Vermont has remained virtually untouched by racial and ethnic diversity. The question asked in this film is not only will the refugees be able to integrate themselves into the insular world of 2nd and 3rd generation Vermonters, but are the Vermonters tolerant enough to accept their new neighbors?

In some ways, finding answers to these questions propelled Sienna McLean to make "This New Life," but it is not by accident that Sienna turned her eye towards Vermont and the issues raised by the state’s current influx of refugees. Born and raised in Vermont, and as an African American woman of mixed-race heritage, Sienna is well-acquainted with her subject matter. Though she has lived in California for eight years now, she comes to this film with a strong connection to the region, and with a global perspective.

"Even though this film is focused in Vermont, I feel it is representative of what is happening in small communities all over America. I want this story to be more universal," she explained.

More than simply an analysis of the impact refugees have on their adopted homes, this film will also seek to examine what it means to be an immigrant. McLean continued, "I am really curious to know how these refugees create communities. There is not a critical mass among them, so I wonder who are their friends? Who is their support system? Starting anew is hard no matter what or where you are from, but it must be even harder if you are coming from a completely different culture, background, and language."

Clearly, issues of race and difference-based tension exist throughout the country, in big cities and small towns alike. Though McLean characterizes her youth as relatively free from any racial prejudice, she remembers how it felt growing up in a community where there were only two other non-white children. "Vermont is interesting to me because of my personal experiences growing up – I am fascinated by it."

This fascination combined with family still in the state has allowed McLean to maintain close ties to her New England roots. She first considered a film on Vermont last spring after hearing about several of "The Lost Boys of Sudan" who were being resettled in Vermont. Initial inquiries into the Sudanese refugees led to the discovery that there was a burgeoning refugee population in Vermont. Soon she contacted the Vermont Refugee Resettlement Program and, after making the first tentative contacts with refugees in the area, McLean realized that this story went far beyond the refugees themselves. "I realized that a major component of this story was the local response. Would these communities accept the refugees? Or would they reject them?"

The answer to this question is by no means predetermined. In the wake of September 11, 2001, American attitudes towards race and immigration are increasingly being tested. In some respects, this film is on the pulse of a dialogue that has just commenced in this country. At the same time, however, issues of race, community, alienation, struggle and belonging have framed some of the most significant debates in our country’s history. Perhaps when the film is completed late next year, "This New Life: Refugees and the Changing Face of Vermont" may offer all of us insight into not only the "new" Vermont, but the new America as well.