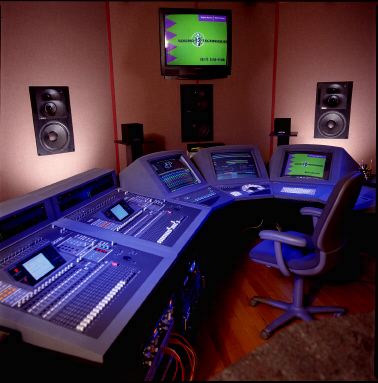 How to Be a… Film Composer

Share
Are you wondering how to put your musical talents to good use? President of Sound Techniques Lance Duncan offers up some tips to becoming a film composer.

So you’re passionate about making music and love spending Friday nights at the movies. Did you ever wonder what would happen if you blended the two?

As we all know, no movie is complete without a great soundtrack. And one of the ways to get that is by hiring a composer who can create a soundtrack that compliments every moment of a film or video production. Hence, you music-making movie-lover — here’s your new job.

With clients such as the Discovery Channel, Reebok, MTV, ESPN and UPN, Lance Duncan, president and composer of Sound Techniques located in Boston, is the perfect person to help get you there. If you’re like Lance, you’re probably already in a band, but don’t underestimate the importance of studying music for both learning and networking.

"First and foremost you need to have as much knowledge on any given style of music possible," states Lance. "You need to be as creatively insightful as possible; the more you know the better off you are. I ended up going to Berklee College of Music where I was hired by a production company to freelance compose music. This job led to others and eventually I found work at the company Sound Techniques."

"I think the best thing I got out of Berklee was networking possibilities. The contacts through film composing that I made while I was there have definitely helped. Especially when I started out; not only finding people to play stuff I wrote but also getting connected with work opportunities."

So what else does it take to be a film composer?

"Good question," laughs Lance. "A lot of it is just happy accident. Obviously it’s just networking and getting to know people in the industry. It is really a word of mouth business — getting to know people, doing work for them and then they spread your name to someone else. I have been doing it like that for 20 years now."

Keeping an open musical mind is also important. At Sound Techniques, Lance Duncan and his team produce music that runs the gamut, from Jazz quartets to 30-piece choirs. Just as important as an open mind though, is knowing when to tell a client that their musical taste is less than original.

"Right now, techno music is really popular. Often there is one song, you’ll get five requests in the week for the same song and then you need to explain that if everybody uses that song, your television or film piece won’t be that different, that unique. But they, the client, will tell you how much they loved that piece and how it sounds so ‘cool.’ But, in reality, if everybody will be using it, it really won’t be that cool."

But that’s only one client related issue that you’ll need to battle with as a film composer.

If you’re worried that working as a film composer will be all business and no fun, think again. You’ve got to find time for inspiration and Lance has the perfect suggestion.

"I try to listen to as much music as possible. I have a huge CD collection for one thing. And I try to keep fresh. I play in a band called The Fever Breaks. Also, I play in some other commercial bands. I actually play in a Vietnamese wedding band playing Vietnamese pop music (we have the market cornered)."

"I try to do different stuff to keep my ears open to learn new styles and cultures. Vietnamese pop music is an odd amalgam of styles. It is actually influenced by the French occupation, it’s sort of pop music with tango and rumba beats — pretty unusual."

Although you may not need to know the basics of a Vietnamese wedding march, you’ll definitely need to keep on your toes when it comes to the latest in technology.

"We used to have to write this stuff out and now everything goes to the computer and you can create a lot of orchestrations right on the machine. That’s a huge change. Also you have these quote-unquote time saving devices, which consequently really speed up the production process. Unlike before when we had weeks or months, clients will now call me and want stuff tomorrow. Put it in Fed-Ex tonight!"

"There are lots of sequencing programs; obviously it is good to know them. Some examples are Digital Performer, which is what I use, but there is also Cakewalk for the PC. It would probably help to have a background in mixing audio. I was an audio engineer for a while so I had some experience. It is nice to have some background in that, to know what sounds good and if you are not getting a certain sound what to do to change a sound."

"We are doing a lot of business over the Internet, that’s been another big change. We send stuff for our clients to preview and comment on before we finalize everything. We also send final masters over the Web."

So what’s the best part of being a film composer?