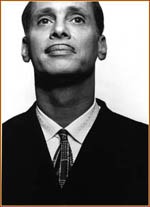 Mass Appeal: A guide to Summer Film Festivals in the Bay State

What do "The Manchurian Candidate" and John Waters’ movies have in common? The same thing as Western Mass. and Cape Cod. This summer’s Massachusetts film festivals offer something for everyone, from the cutting edge to the classic.

The festival will have two celebrity visitors: bad-taste king John Waters and Hollywood joke writer Bruce Vilanch. Vilanch, known for projects like Billy Crystal’s Oscar monologues, is the focus of the film "Get Bruce," which screens on June 20.

The John Waters theme kicks off on June 18 with a screening of "Divine Trash," a 1998 documentary about the director. "An Evening with John Waters" on June 19 will feature a talk from Waters, and afterwards he’ll be presented with the festival’s first "Filmmaker on the Edge" Award. Later that night, the festival will present a sneak preview of the 35mm director’s cut of Waters’ 1975 film "Female Trouble," starring Divine.

Premieres include the second feature from the director of "Go Fish" and the latest film from Bernardo Bertolucci ("The Last Emperor," "Last Tango in Paris"). Heather Matarazzo of "Welcome to the Dollhouse" reappears in "Getting to Know You."

Want a fun summer movie? Love stories include the irreverent "Splendor," the romantic comedy "Better Than Chocolate," and the steamy "Leather Jacket Love Story." For both steamy and irreverent, check out "Some Like it Sexy: Short Lesbian Films."

If classic cinema is more your style, catch new 35mm prints of "Some Like It Hot" and "A Hard Day’s Night."

The festival is a joint effort between local business owner P.J. Layng and the Beacon Cinema Group, and is sponsored by several local businesses. To purchase tickets, call 1-800-648-0364 or visit 293 Commercial Street in Provincetown. For more information, call Marianne Lampke at (617) 739-2901.

The Provincetown Film Festival isn’t this summer’s only first. The first annual Williamstown Film Festival (http://members.tripod.com/filmfest/index.html) is slated for June 25 and 26. It will salute renowned director John Frankenheimer, a Williams College alumnus who was active in student theater. The film festival celebrates both American independent films and classic Hollywood movies.

The festival will kick off on the evening of Friday, June 25, with a showing of Frankenheimer’s classic movie "The Iceman Cometh." Frankenheimer will be on hand to introduce and discuss the film. His film "The Manchurian Candidate" screens on Saturday June 25, followed by a dinner in Frankenheimer’s honor that evening. That night, Frankenheimer will receive the festival’s Lifetime Achievement Award at the Clark Art Institute of Williams College.

Besides Frankenheimer’s works, the festival will show three independent films. The lineup is still under negotiation, but at least some of them will feature actors who have appeared in the Williamstown Theater Festival. In addition to local Western Mass. films, the festival committee is also considering films from the Albany area.

The festival will also include two seminars. The first, June 25 at noon, is tentatively scheduled to address buying and selling films. The second, June 26 at noon, will probably be a talk from John Frankenheimer.

This year’s festival isn’t a competitive event and did not solicit film entries. That might change in the future. "If we’re successful this year, and it looks like we will be, we would probably expand it next year," says Robert Ware, a Williamstown lawyer and president of the WFF. "It will be more like a traditional film festival." Future festivals might solicit films for review, give cash awards, and expand to three or four days. They also plan to continue their new tradition of saluting a filmmaker at the festival.

The Woods Hole Film Festival (http://www.woodshole.com/filmfest/index.htm) is one of the longest running in the area, celebrating its eighth year this summer. Last year, it increased its runtime from four to eight days. This year’s runs from July 31 to August 7.

The festival showcases independent movies with a focus on regional filmmakers. The goal is "to try and help first-time filmmakers and filmmakers from New England to get their films seen," says festival producer Judy Laster, "and to provide audiences with a chance to see films they wouldn’t ordinarily see."

Committee members Judy Laster, David Kleiler, and Ed Slattery evaluate the films. No prizes are awarded at the festival, so the only competition is the film selection process. "We try and put together an overall program that’s going to be attractive to the audiences," says Laster. As of mid-May, the festival was still accepting submissions.

The submissions come from around the US and the world and span every genre: features, shorts, documentaries, animation, experimental, and student films.

Film lovers come from around the region to attend the festival, and timing of the festival ensures lots of summer vacationers will be on hand. The academic, scientific community of Woods Hole provides an international crowd with an interest in the arts. "There’s deep audience support," says Laster. "The audiences bring a certain intelligence to the screenings."

Screenings will be held in Woods Hole and North Falmouth, the latter theater providing an opportunity to screen 35mm films. In addition to the film screenings, there will be staged screenplay readings, workshops from Boston Film & Video Foundation, and FCTV Falmouth. Festival organizers hope to grow the workshops into a summertime residency program offering workshops in both film and video.

The Woods Hole Film Festival doesn’t have lots of sponsor dollars like some other festivals, so they’re always looking for volunteers and financial support. To pitch in or get the latest festival information, call Judy Laster at 617-232-4722, or email her at woho3@aol.com.