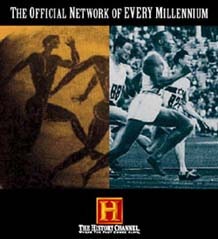 Share
This Boston-based ad agency shares its past successes and future projects.
How do you make an innovative commercial when you’re given the same footage as four other companies?

SMASH, a Boston-based ad agency, faced just this situation at the Battle of the Promo Cutters in Toronto this July. SMASH had to create a PSA for Childhelp USA, a child abuse prevention and treatment organization, using the same footage as creative teams from CBS TV, Discovery Networks, Pittard Sullivan, and New Wave Entertainment. The SMASH team relied on audio-realistic pleas from children’s voices-and won the Promax award. "We felt it was important to avoid cliche," says Linda Button, SMASH’s Creative Director.

SMASH applies the "avoid cliche" rule to all of their projects. They must, with clients as diverse as The Movie Channel, MTV, Maury Povich, Court TV, CNN, and the Blue Man Group.

The SMASH team is currently producing Timelab 2000, a series of 200 one-minute programs for the History Channel. The spots tell offbeat historical anecdotes from the past two millennia, including Attila the Hun’s death by nosebleed on his wedding night, and are hosted by Sam Waterston ("The Killing Fields," "Law & Order"). You can catch Timelab 2000 programs on the History Channel, and there are plans to run the spots on local news shows. They’ll run, appropriately, into the year 2000.

SMASH has a lot of video talent, but they’ve also produced a print campaign for "Sesame Street," created an aggressive radio campaign for A&E shows like "Biography," and coined A&E’s new tagline, "Escape the ordinary." This ability to tackle all media has allowed SMASH to evolve from a production/promo company to a full-service ad agency for the entertainment industry-as well as double in size in the past year.

What’s next? SMASH just finished writing copy for four ABC PSA’s on mentoring, and they’re showing their local spirit by working on a campaign for the Fenway Community Health Center in Boston. They’ll also celebrate 10 years of anti-cliche advertising in 1999.