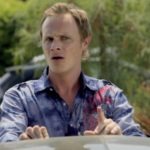 Have you ever been in a competition with a friend or neighbor? Well Timothy Longshanks has been for years. And now he’s on a mission to win that competition no matter what the cost. But his unaware, gentle-giant of a neighbor, Big Al, always has what Tim just got, or better. A journey of one-upmanship ensues, leading Tim to the far corners of the world and back again. His mania ultimately leads him down a path of no return, ending in hilariously disastrous results. Heard the expression “Keeping up with the Joneses”? For Tim, it’s “The Joneses can suck it.”

New England Connection: Writer/Director Judd Cherry moved to Boston at age 6. After 6 years, his family relocated to Florida. However, Judd loved the Northeast so much, he returned to attend boarding school at Deerfield Academy in western Massachusetts. He then went on to study film at Brown University, where he called Providence home for 5 years. Judd is a huge Red Sox, Celtics and Bruins fan and is constantly looking for reasons to spend time in and support New England.

Director(s) Bio:: After graduating with a degree in Art/Semiotics from Brown University, Judd Cherry began working in the industry as an intern to producer Laura Ziskin (Spider-Man 1, 2, and 3, Pretty Woman, What About Bob, etc.), where he and producing partner, Ned Adams, became fast friends. Judd was subsequently hired as the writer's assistant on Spider-Man 2, working closely with two time Academy Award winner, Alvin Sargent (Julia and Paper Moon). Shortly into pre-production on Spider-Man 2, Cherry proved his writing skill to Sargent, producer Laura Ziskin, and Director Sam Raimi and was afforded the honor of writing several portions of the shooting draft, including the oft-quoted last line of the film, "Go get 'em, Tiger." After spending much of 2004 on Spider-Man 2, Judd promptly began working for director/producer, Shawn Levy. He shadowed Levy on several film and television projects, learning valuable directorial knowledge as well as in depth development and producerial skills.
NOTABLE PROJECTS:
Cherry was involved with include the hit Steve Martin comedies, The Pink Panther and Cheaper by the Dozen 2, The WB's Rebecca Romijn vehicle, Pepper Dennis, and the 20th Century Fox mega-hit, Night At The Museum, starring Ben Stiller, Robin Williams, Dick Van Dyke, Ricky Gervais and Paul Rudd. Judd worked closely with Levy developing Night all the way from prep through release and gained incredible insight to all facets of producing. After three and a half years at 21 Laps Entertainment shadowing Levy, Judd ventured to shadow another director/producer, Ben Stiller, on the smash hit comedy, Tropic Thunder. Following that, Judd went to work in the writer's room on Brüno, working side by side with Sacha Baron Cohen. In 2009, Judd and Ned Adams formed Cherry / Adams Entertainment, optioning multiple projects to produce including a remake of the 2008 hit Japanese comedy The Magic Hour, penning several projects including a found footage horror film (currently in pre-production), and directing the short film Neighbors. 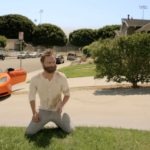