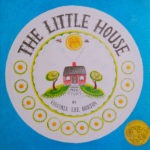 New England Connection: Christine Lundberg was born in Pittsfield, Massachusetts where she lived for the first ten years of her life. After living in Ohio, New York State and Illinois, Christine returned to Massachusetts in 2001 and currently resides in Gloucester on Cape Ann.
Rawn Fulton has lived and worked in Bernardston, MA since 1972.

Director(s) Bio:: Christine Lundberg has been active in cultural arts media for over 20 years. Prior to founding Red Dory Productions, she was Corporate Vice-President of Public Media Incorporated [PMI] a worldwide multimedia distribution company in Chicago, Illinois. In this capacity she was involved with the acquisition and distribution of PBS and cable cultural arts programming. Prior to this position, Ms. Lundberg helped to launch Home Vision Entertainment, PMI’s division for cultural arts programming. Working closely with major cultural arts institutions, she worked to pioneer new channels of distribution for specialty programming.
In 2001, Ms. Lundberg moved to Gloucester, Massachusetts and founded Red Dory Productions, an independent production company, dedicated to the development and production of programs that explore and celebrate the arts and humanities.
Christine Lundberg is a graduate of Northwestern University in Evanston Illinois. She received her Ph.D. from the School of Communications in 1982.
Rawn Fulton is an award-winning filmmaker and editor with more than thirty years of experience in all aspects of film and video production. Utilizing the technical, aesthetic and humanistic potential of these mediums, he has worked in environmental, corporate, educational, artistic and visionary productions, including international good will and cultural exchange films for the Boys Club of New York City. Mr. Fulton’s film, Eric Carle Picture Writer, about the renowned children’s book author/illustrator, Eric Carle, won the prestigious Carnegie Gold Medal for Excellence in children’s programming.
Rawn Fulton is a graduate of Columbia University. He spent two years in India with the Peace Corps. 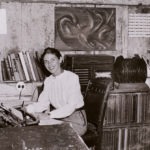