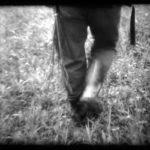 Through a series of interviews conducted with several members of the filmmaker’s family, this film investigates a traumatic event that her mother experienced when she was six-years old. The length of time my mother was there, when this occurred, and if it even occurred are constantly being debated throughout the piece. While memory can be one way of attempting to compile ourselves into coherent individuals, this piece seeks to explore how the boundaries of “who we are” are shaped not only by our own memories but how we negotiate them with others.

New England Connection: KImberly McLaughlin was born in Long Branch, NJ but has resided in the Boston area for five years. She moved to Massachusetts to attend the School of the Museum of Fine Arts in 2005 and has decided to live/work in the area after graduation.

Director(s) Bio:: A recent graduate from the School of the Museum of Fine Arts, her work explores how identity is constructed by exploring the spaces where contradictions are suppressed in order to maintain continuity. Her interest in national, cultural and political subjectivities has been greatly influenced by her hyphenated ethnic background as a Hispanic-American. By exploring themes that range from immigration and national security to collective and individual memory, she examines the stability of these identities and their wider social implications on interaction and communication between individuals. Her work asks where and who is drawing the lines that shape our interactions and perceptions and calls into question the boundaries of "I" as a singular narrative.