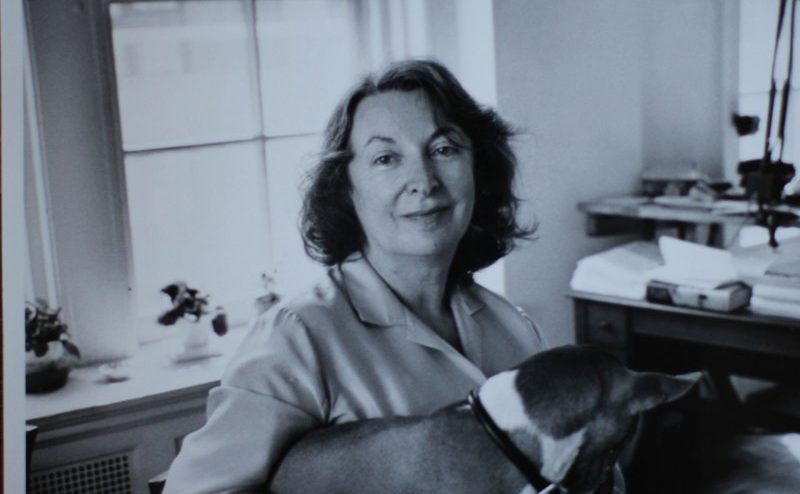 What She Said screens online until May 14 as part of Vermont International Film Festival.

Although Independent Film Festival of Boston (IFFBoston) was postponed this year, you can celebrate at home with these eight films.

The Roving Eye Film Festival took place online through May 3. The festival is a collaboration between Roger Williams University and Flickers’ Rhode Island International Film Festival. For more information, see here. And if you missed it, you can still watch a conversation between Festival Director Shawn and NewEnglandFilm.com Founder Michele Meek on Facebook Live.

Vermont International Film Festival presents a virtual screening of What She Said: The Art of Pauline Kael May 1–14. The documentary follows the life and work of the iconic film critic. Purchase a ticket to access the film and other bonus features from home. Learn more here.

The arthouse Waters Edge Cinema in Provincetown, Massachusetts has a virtual cinema open. See their happenings at https://www.provincetownfilm.org/cinema/.

Connecticut’s Greenwich International Film Festival hosts their online festival through May 3. Purchase a pass for access to documentary and narrative films. Learn more at greenwichfilm.org.

Filmmakers Collaborative has been offering webinars on their website. Register for “Archival Storytelling from Home” on May 7 from 1:00 to 2:30 pm, and check out previous programs at filmmakerscollab.org.

The Berkshire International Film Festival has been postponed to September 10–13.

The Maine Student Film + Video Conference has been postponed until the fall. Learn more at mainestudentfilm.org.

Vermont filmmaker David Giancola’s feature Axcellerator is now available on Amazon Prime. The sci-fi film, which was partially shot in New England, will be available on DVD and Blu-Ray on May 30. View the film at Amazon.

Massachusetts native and Dartmouth grad Mindy Kaling is the co-creator of the television series Never Have I Ever, just released on Netflix on April 27. Learn more at Netflix.

Stowe Story Labs’ summer narrative lab has been postponed from June to October 24 – 27. Learn more about their programs on their website at https://stowestorylabs.org/.

Vermont International Film Festival has created a Shelter in Place Showcase (SIPS). They are inviting all filmmakers who are currently in Vermont to submit films (3-10 minutes long) that they’re making or will plan to make during lock down. If you’re sheltering in place anywhere in Vermont, even if your home is elsewhere, they want to hear from you and to see how you’re translating your life here and now into a cinematic experience. Deadline is June 14. Learn more and submit.

If you missed it, check out NewEnglandFilm.com’s list of grants for filmmakers, writers, and other artists in response to income loss during COVID-19.