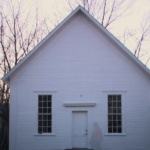 Quaker tradition has it that meetings are held together on Sundays, collectively asking for the Holy Spirit to enter the sanctuary created by communal silence. The South Starksboro Meeting House is the oldest continually used Quaker church in Vermont: Quakers have worshipped here each Sunday in silence for 186 years. So in the wintertime when the fire is stoked in the center of the candle-lit and un-heated church, the ministry that they take is said to be “the ministry of the stove.”

New England Connection: Katherine Yarbrough (née Robinson) was born and raised in Lyme, New Hampshire and graduated from Middlebury College. Finn Yarbrough graduated from Brown University, leaving his native New Mexico behind to marry Katherine. Now they have two Vermont-born children and they all live together in Ferrisburgh.

Director(s) Bio:: Finn traces his interest in documentary filmmaking back to the trophy he won in seventh grade in New Mexico for a powerpoint presentation entitled "The Great Pueblo Revolt of 1680," an achievement that earned him a free trip to compete at the National History Day festival in Washington, D.C. Perhaps the highest accolade that he has received to date, the memory is bittersweet, as upon arrival, he saw that his fellow competitors had actually created their documentaries using video cameras.
Katherine began her career in film at Florentine Films during a deferred first-semester at Middlebury College, cutting and cataloging archival film for Ken Burns' "Jazz"series. In an attempt to live up to the significance of her debut, she has since contributed to award-winning documentary productions that have been aired on FRONTLINE, HBO, the Sundance Channel, the BBC, and other more diverse and unusual venues around the globe.
Katherine and Finn met at a symposium while Finn was studying at Brown University, and their instinct for professional collaboration lagged only slightly behind their more immediate instinct for unprofessional collaboration. They now are married with two children, and live and work on a small farm in Ferrisburgh, Vermont. 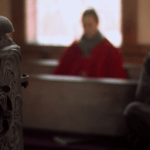