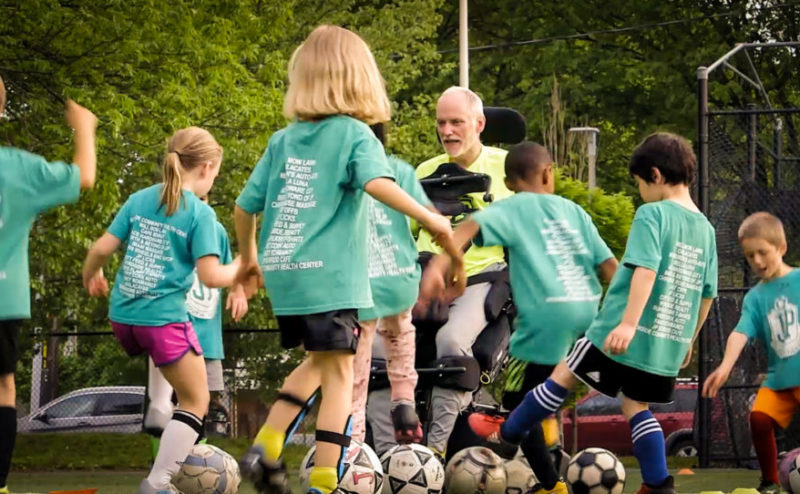 Wheels of Justice is one of the local short films to screen online instead of in person at this year's ReelAbilities Film Festival.

Local film festivals and events get postponed due to COVID-19. Plus, other industry buzz, happenings, and calls for films.

The Maine Jewish Film Festival has been rescheduled and will take place November 7–15, 2020. Learn more at mjff.org.

The ReelAbilities Film Festival is being held online through April 3. The festival promotes awareness and appreciation of people with disabilities. Visit the festival website to view the films.

This month’s Boston International Film Festival has been cancelled. Check the festival website for updates about when it will be rescheduled.

This summer’s Provincetown Film Festival has been cancelled. Click here to read more.

Stowe Story Labs has announced the NewEnglandFilm.com Fellowship Finalists for their annual Labs. The finalists include: Maria D’Haene from Barre, VT for Broken; Theresa Drew from Randolph, MA for Give Me a Reason; Wendy Halley from Northfield, VT for Raven’s Daughter; Lyralen Kaye from Salem, MA for Saint John the Divine in Iowa; and Walter Quinn, from Hartford, CT for The Beer Mule. See their announcement.

Defending Jacob premieres on Apple TV+ on April 24. The miniseries is based on the novel by Massachusetts author William Landay and stars Sudbury native Chris Evans. It was filmed in Massachusetts last year. View the trailer and learn more here.

The Karen Schmeer Film Editing Fellowship has announced this year’s mentees for its Diversity in the Edit Room program. Twenty emerging editors and assistant editors were selected. Learn more about the program and the mentees here.

Rhode Island State Council on the Arts has extended its April grant deadline to April 15. For dates and more details, click here.