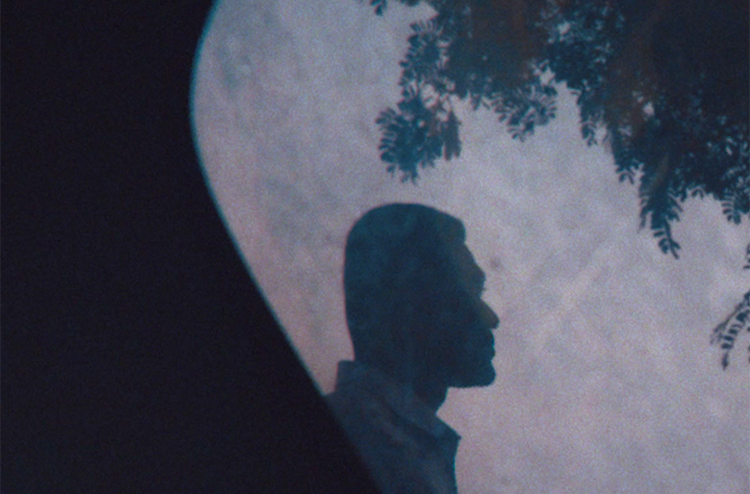 We caught up with filmmaker Déwun Owusu about Kwabena, a short film about his emotional journey to confront family secrets in West Africa.

Narrated & captured by filmmaker Déwun Owusu, the short film Kwabena drops the audience into the middle of a once-in-a- lifetime event. Powered by mystery, revelation and raw emotion, Kwabena follows the filmmaker on a journey to Ghana, West Africa, to come face-to-face with a deep family secret.

You can watch Kwabena now through October 14 as part of the 2019 Online New England Film Festival. We spoke with Owusu about his film, and about the childhood pain that set him on his path to filmmaking.

NewEnglandFilm.com: When did you know you wanted to go into filmmaking?

Déwun Owusu: I have always had a strong connection to cinema. However, it wasn’t until my parents split when I was middle school that the path took shape.

Dealing with childhood depression, I began to write stories. these stories turned into scripts; scripts turned into short films. This led me to a film production class during high school, where I began to hone the craft which would eventually turn into a lifelong passion and career.

Owusu: After my father passed, mysterious family secrets were revealed. From that moment on, I made it a point to get to the truth and find out why my father took this to his grave. I booked a trip to Ghana, West Africa, and embarked upon a journey that changed my life.

NewEnglandFilm.com: What has the audience reaction been like so far for Kwabena?

Owusu: The film has been selected to screen in 12 festivals worldwide up to this point.

Due to the personal and emotional nature of the short film, the in-room experience is a very interesting and difficult experience for me. However, the Q and A sessions have shown me that people truly do care about the human experience, and that they can receive emotion empathetically. It’s been amazing to see this short resonate with people all over the world during these screenings.

NewEnglandFilm.com: How did you find the cast for the film?

Owusu: My film is a documentary — a very personal one at that. I would say that the cast was gifted to me by circumstance.

Owusu: I am in the fundraising and preproduction phase of my first feature film. The documentary feature A Grain of Gold: The Jollof Story will dive into the mysterious origins, migration and evolution of the cultural phenomenon known as “Jollof Rice.” Millions of YouTube views, 50,000 keyword searches daily, lifelong emotional connections, and centuries of consequential history; Jollof is not just a dish, it is the glue that holds West Africa together.

This documentary is my life’s work, and I am hoping to find investors who see the worth in cultural preservation and awareness.

NewEnglandFilm.com: How can we learn more about your other projects?

Owusu: Stop on by my website and see some of the other portals I have captured along the way: www.iclassmedia.net.

You can watch Kwabena now through October 14 as part of the 2019 Online New England Film Festival.