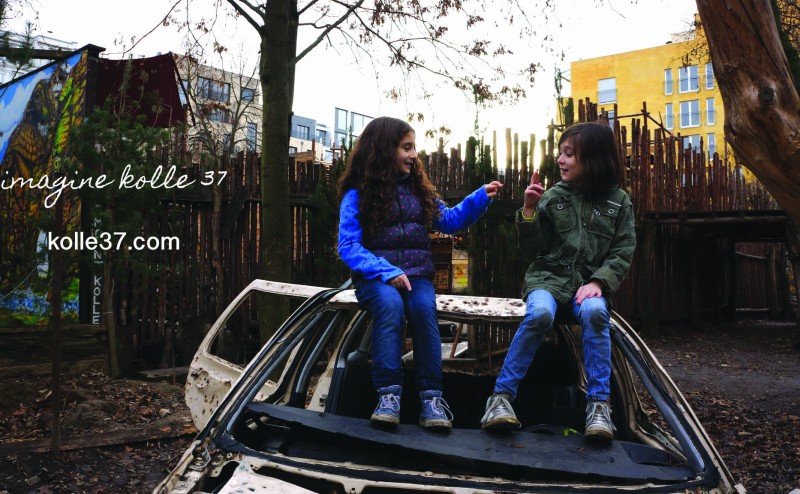 Imagine Kolle 37 seeks completion funds for post-production. All contributions are tax-deductible through the film’s fiscal sponsor Center for Independent Documentary.

Imagine Kolle 37 seeks a round of post-production funds to complete the narrative/documentary hybrid film about two girls who imagine their way to Kolle 37, a real adventure playground in Berlin, Germany. The film, created by an all-female cast and crew, is expected to be completed at the end of August 2016. All contributions received by August 15 will receive a “special thanks” in the credits. And all contributions are tax-deductible.

Recently called “the mother of all Berlin playgrounds” by The New York Times, Kolle 37 enables children ages six to sixteen to build and climb three-story wooden structures, make fire, and use hammers, saws and axes.

Although about 1,000 adventure playgrounds exist in Europe, there are only a few in the U.S. Ultimately, the film poses the question—can we, as Americans, imagine Kolle 37, which in fact is a real children’s playground in Berlin?

Click to support the film. For more information about the film, visit www.kolle37.com.