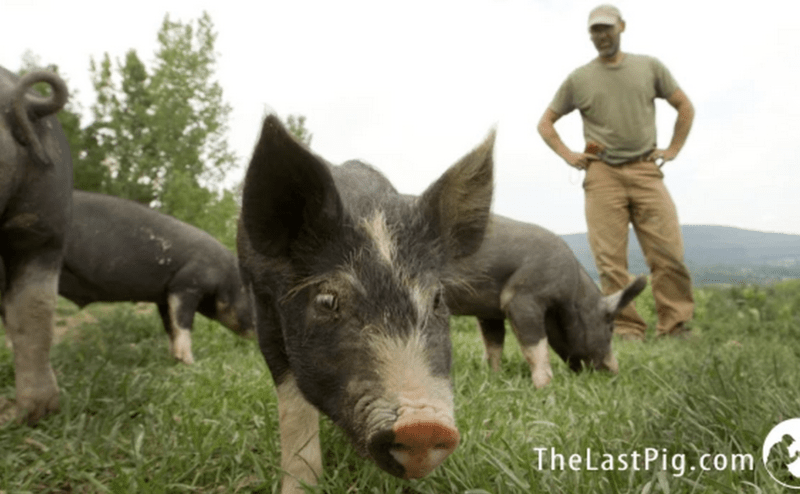 New England filmmakers Allison Argo and Joseph Brunette seek Indiegogo support for their feature documentary The Last Pig, about a pig farmer in upstate New York who can no longer stand to bring the pigs to their deaths, creating instead a vegan farm. 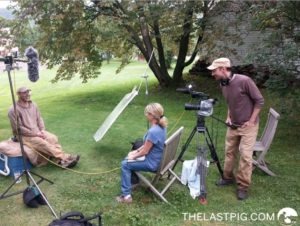 New England filmmakers Allison Argo and Joseph Brunette seek Indiegogo support for their feature documentary The Last Pig. The story follows Bob Comis, a pig farmer in upstate New York who feels a deep connection with the animals he looks after. Over time, he can no longer stand to bring the pigs to their deaths. Instead, as the campaign page explains, he “turns his life inside out, risking everything to stop the slaughter and plant the seeds of a garden instead,” turning his land into a vegan farm.

Bob Comis and the team behind The Last Pig feel strongly about animals and the ethics of animal farming. Director/producer Allison Argo, based on Cape Cod, and producer/cinematographer Joseph Brunette, in Maine, are both animal advocates. Their award-winning work has appeared on National Geographic, PBS, CNN, and more. Argo and Brunette hope that Comis’s story has the power to affect audiences and their choices: “In much of our society, there is a vast disconnect between what we eat and the source of that food. The Last Pig will help repair that disconnect and inspire compassion for ALL living beings… this unique film has the power to reach the uninitiated: viewers who have not yet contemplated these critical issues.”

The goal is to raise $50,000 by November 11th. The filmmakers believe strongly in the importance of spreading the film’s mission: “By supporting this film, you are taking a stand against animal suffering and environmental degradation… Together, we’re not just creating a movie, we are propelling a movement—one of the most important social justice movements of our time.” Donations will fund editing and submissions to film festivals and television broadcasters. To learn more about Bob Comis, the filmmakers, and The Last Pig, visit the Indiegogo page.