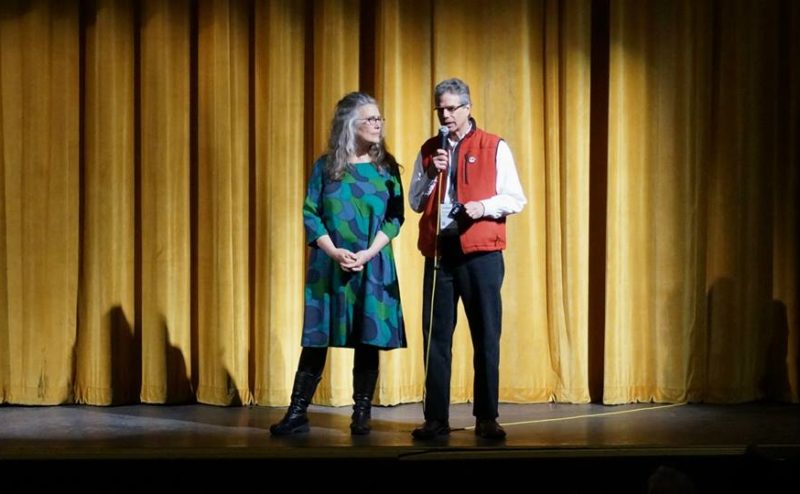 NewEnglandFilm.com hosts the live video chat How to Navigate the Changing World of Indie Film Distribution on May 1 from 1-2 pm with the editors of the new book The Independent’s Guide to Film Distribution and distribution
expert Peter Broderick. To catch it (or watch it online if you missed it), visit www.newenglandfilm.com/chat. To purchase the book of 200+ distributor profiles, interviews and how-tos, visit https://www.createspace.com/4590188 or find it on Amazon.

The Camera Company will host the 24th Annual Pro Video Show on Wednesday, May 21, 2014 from 9am to 6pm at theDedham Holiday Inn, 55 Ariadne Road, Dedham. Check out new products from vendors who will be on hand with products for you to view and sample; learn from experts with educational seminars; and purchase equipment and materials. For more information or to register, contact Gene at gkatz@isgboston.com.

The Berkshire International Film Festival runs May 29th to June 1st in Great Barrington and Pittsfield, Massachusetts. Screenings include May in the Summer, The Trip to Italy, and The Battered Bastards of Baseball. For a full schedule and more details, visit biffma.org.

The Do It Your Damn Self!! National Youth Film Festival runs through May 3rd in Cambridge, Massachusetts. The festival, part of Cambridge’s Community Art Center, recently funded a successful Kickstarter campaign for this year’s event. Learn more about the festival here.

The Camden International Film Festival continues its Engagement Summit: Aging in Maine program this month with a screening tour throughout the state. Documentary films that explore aging will visit several communities in Maine through July. For more details and a list of screenings, visit the CIFF website.

The Massachusetts Production Coalition presents a “P.A. Workshop” on May 10th from 9:30 am to 3:30 pm at High Output Studios in Canton. The workshop will offer training and presentations on working as a P.A. on a variety of productions. To purchase tickets, click here.

Celebrate the Boston Environmental Film Festival on May 18th. Films screen at a variety of venues in Boston. For a full schedule and more details, visit the festival website.

Beneath The Harvest Sky by directors Aron Gaudet and Gita Pullapilly will begin a limited theatrical release starting in Boston on May 8. The 7:30 pm screening on May 8 will be followed by an in-person Q&A with the directors. The film is also now available on iTunes and VOD.

Haven Brothers: Legacy of the American Diner Providence Premiere, the first documentary about the oldest diner on wheels, makes its premiere at the Columbus Theatre in Providence, RI on June 7. Read more about the film or purchase tickets through their website at http://havenbrothersmovie.com/.

Rule Boston Camera will host two free Learning Labs (Introduction to the Arri Amira on Wednesday, May 7 10am to noon and The Latest in LED Lighting from Zylight on Wednesday, May 14 10am to noon); a free Pub Night/NEXTLAB® On-Set Mobile Production Solutions with FotoKem’s Mike Broderson for an overview of nextLAB’s unique on-set, mobile production solutions, where you can learn how to streamline and consolidate on-set workflows; and an American Society of Media Photographers event How To Apply Your Personal
Vision to Your Assignment Work with Photographer/Director Jason Lindsey on Tuesday May 13 from 6-9pm (purchase tickets at http://asmp.org/education/event/info?id=841#.U02e5cdRFuf); and Vincent Laforet’s Direction Motion Tour on Saturday, May 10 which includes a daytime movement and direction workshop and evening applied theory seminar (more info and registration at http://directingmotion.mzed.com/workshop – discount code DMTRULE).

There are a few seats still available for Camera Company’s Canon Workshop ‘Seeing is Believing’ workshop on Wednesday, May 7, 2014 at 11 am at The Camera Company Building, 858 Boston Providence Turnpike in Norwood, MA . If you shoot video or work in broadcast, check out this one hour seminar presented by Canon — no PowerPoints and no lectures, just fun non-technical, hands-on demo to learn the best kept secrets of Canon’s new XA20 and XA25 Professional Camcorders. To register, or for more information, please email gkatz@cameraco.com.

The Camera Company announced its new division, Integrated Solutions Group, which will partner with its customers on projects from inception to completion, every step of the way including design, installation and energy efficient lighting solutions. ISG will also offer an educational component presenting informative seminars, workshops, and product showcases. All business will be conducted at the newly renovated Norwood location, now known as The Camera Company Building, 858 Boston Providence Turnpike, Norwood, Massachusetts. For more information, see http://isgboston.com/about-us/news/

The Independent Film Festival of Boston or IFFBoston wrapped on April 30, having screened 28 narrative features, 30 documentaries and 39 short films, many of them local. For more info, read Amy Quick Parrish’s report from the fest in this month’s NewEnglandFilm.com.

Massachusetts-based filmmaker Marie-Emmanuelle Hartness’s film After Ella has been selected for this year’s Cannes Film Festival. Read more about the film and Maiema Productions here.

The filmmakers behind Peter and John have successfully funded their recent Kickstarter campaign and begun shooting the project on Nantucket. Directed by Jay Craven, the film is a collaboration between Marlboro College and Kingdom County Productions in Vermont. Read more about the film at the Kickstarter page.

The story of a boy from Canton, Massachusetts born without a full set of limbs or tongue, the film Raising Matty Christian had its New England premiere at the SENE Film Music and Arts Festival last month, where it was awarded Best Documentary Feature. Read more about the film here.

Woodhaven Films of East Greenwich, Rhode Island has partnered with Screen Media Films for a ten-picture deal, with each film to be released on demand through Universal. Led by President and CEO Chad A. Verdi, Woodhaven Films is currently in production on the upcoming film Almost Mercy. Read more at woodhavenfilms.com.

Independent film Aimy in a Cage recently wrapped production in Boston. The thriller is written and directed by Hooroo Jackson, based on his graphic novel of the same name. Learn more about Aimy in a Cage at the film’s Facebook page.

Last chance to submit a film to the Woods Hole Film Festival! Film final deadline is May 15th. Read the submission guidelines and more details at the Woods Hole website.

Camden International Film Festival is now accepting submissions for its Points North Fellowship for this fall’s event. Selected winners will receive VIP passes, accommodations, travel stipends, and access to special events and programs at the festival. Filmmakers currently working on feature-length documentaries are encouraged to apply. The deadline is July 18th at midnight. For more details, click here.

NewEnglandFilm.com is working on a major site relaunch this summer — here’s your chance to let us know what you want to happen with the site! Take our short survey.