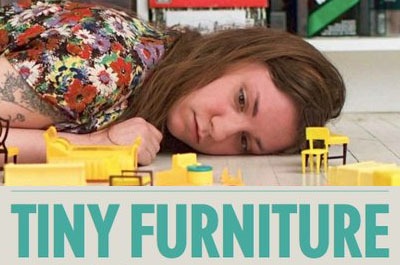 Share
Want to watch the Oscars in style? Never fear, no matter where you are in New England, there's a screening for you! Learn more about those, and check out the news for local films, upcoming festivals, and filmmaker opportunities. To submit news, e-mail news@newenglandfilm.com.

The Ellie Fund’s 17th Annual Oscar Experience Boston will be held at Boston’s State Room on February 24th from 6:30 to 11:30 pm. Proceeds benefit breast cancer patients and their families. Click here for more information and to purchase tickets.

Red River Theatres in Concord, New Hampshire hosts “A Night Among the Stars” on February 24th beginning at 6:30 pm. Walk the red carpet and support Red River before a live screening of the Oscars. For tickets, click here.

Celebrate with Connecticut’s Farmington Valley Film Commission at their Red Carpet Gala on February 24th from 7:00 pm to midnight. The telecast, including food, drink, and prizes, will take place at Belle Terrace (One Nod Road, Avon). Learn more at farmingtonvalleyfilm.org.

Celebrate Oscar Experience: Providence on February 24th at The Vets (One Avenue of the Arts in Providence, RI). The event will include live music and a silent auction. Visit the RIIFF website for more details.

The Rockland Strand Theatre in Maine hosts their Oscar Night party on February 24th beginning at 6:30 pm. The event includes a red carpet and special audience prizes. For more information, visit their website.

Get in the awards season spirit at the Boston Society of Film Critics Annual Awards and Screening at the Brattle Theatre on February 10th. Reception begins at 5:30 pm, followed by a screening of the documentary How to Survive a Plague. The film’s director, guest of honor David France, will do a Q&A after the screening. Click here for tickets.

Massachusetts hosts the second annual Reelabilities: Boston Disabilities Film Festival January 31st to February 5th. Screenings include Mary and Max, The Straight Line, and Princess. Films will screen at a few different venues around the state. For more information, visit boston.reelabilities.org and check out NewEnglandFilm.com’s article.

Mother and daughter Laurie Simmons and Lena Dunham are at Boston’s Museum of Fine Arts on February 6th at 6:30 pm, following a screening of Dunham’s film Tiny Furniture. The film will also screen on February 9th. For tickets and more information, click here.

The documentary Downeast continues its tour through Maine this month. Directed by David Redmon & Ashley Sabin, the film focuses on a lobster town in Prospect Harbor, Maine. Learn more here.

Bundle up: the tenth annual Stowe Mountain Film Festival continues through February 3rd at the Vermont Ski and Snowboard Museum. Check out the festival website for more information.

Talamas Broadcast will host two lighting workshops with Richard Cadena on February 9 and 16. For more information, see their flyer and read the lighting article in this month’s issue.

Rhode Island filmmaker Laura Colella has been awarded a $50,000 Film Independent grant for her feature film Breakfast with Curtis. Later this month, director Paul Thomas Anderson will introduce a screening of the film in Santa Monica, California, followed by a Q&A with Anderson and Colella. Read more about the film here.

Harvard University’s Hasty Pudding Theatricals have named Marion Cotillard their Woman of the Year; she is celebrated with a parade on January 31st. The Man of the Year ceremony will take place on February 8th (the recipient has not yet been announced). Tickets will be available by phone at 617-495-5205. Learn more here.

A lot of television shows will be filming in Boston in the near future: Boston.com reports on several Massachusetts productions currently in development. Read more here.

The Arlington International Film Festival is now accepting submissions for their event this fall. The festival includes several categories, and high school filmmakers are encouraged to submit short films. The deadline is April 15th. Learn more at aiffest.org.