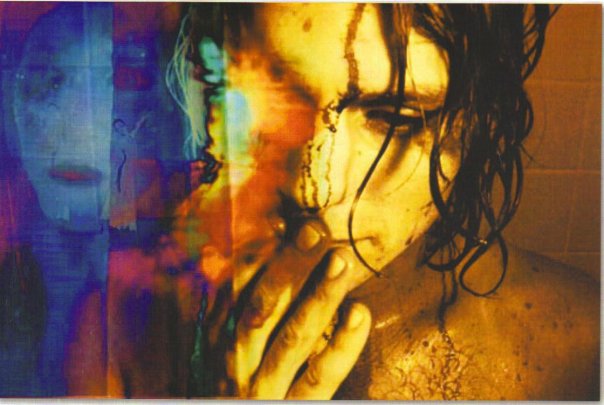 The Who, the Whereuntofore, and The Why

Share
The principal players not meeting until the day before production, The Why epitomizes the new type of collaboration in independent filmmaking.

“People are always searching for the why. The truth is, there is no why at all.”

What happens at the exact moment between life and death, when we are neither alive nor dead? Or are we both? Could there be a “nowhere place (a place of memory) absent of love, absent of hate, and absent of reason? Another world where our sins illuminate the paths we take, the roles we inhabit.”

The Why revolves around three characters at their moments of death, trapped in that nowhere place; the only means of escaping is discovering the answers to their own self-absolution. Explicit but surreal, vivid but stark, the film does not lead its viewers to where it wants them to go, but rather brings them inside the film and let them decide the motivations of the characters for themselves.

The making of The Why is a perfect example of what one of its filmmakers calls “viral global collaboration.” In 2007, Eli Higgins, originally from Lowell, MA, was living in the Boston area, working as a writer, photographer, and videographer. Anthony Pedone, living in Victoria, TX, was also a writer, as well as a musician and actor. They had a mutual friend from London, from an online networking site, who was a fan of both of their writing and put them in touch.

The connection was immediate. Pedone calls it “a crazy crapshoot.” While discussing project collaborations, they discovered that they both had an idea for a feature film that Higgins says was “eerily similar.” The Why was born.

For Higgins, part of the inspiration for the film came from the infamous suicide of photographer/filmmaker Donald Cammell. Cammell shot himself in the top of the head and then spent his final 45 minutes watching himself die in a mirror held by his wife.

Pedone’s inspiration was sparked by a letter he had received from an old friend who was a heroin addict. The friend had overdosed but was brought back to life. He lamented in his letter to Pedone how disappointed he was to have lived, the longing for life gone.

With their vision in place, the men brought Stephen Floyd onto the team. Floyd, from Austin, TX, brought solid filmmaking experience to the table. A long time friend of Pedone, he was also a writer, director, actor and musician. What Floyd was able to do, says Pedone, was to take the amalgamation of Pedone’s and Higgins’ writings and weave them together with the preciseness they needed.

Over the next few months, the three men wrote and rewrote until they had almost 200 pages of script — phone calls and emails from Boston to Victoria to Austin being the mode of collaboration.

With a production goal of 19 days, the script editing process began and they were able to hone the final script to 80 pages. Auditions were taped in Texas and sent to Higgins. Once the casting choices were made, many rehearsals were done with Higgins over the phone.

Incredibly, the first face-to-face meeting between all three men did not take place until July 24, 2008, the day before principal photography began, when Higgins landed in Texas. The shooting took place over the next 19 days, in 110-degree heat and 15-hour days. At one point, said Higgins, they had gone 40 hours straight with no sleep, but he told NewEnglandFilm.com “It was the most incredible experience of my life.”

Post-production of the film began. The primary musical score was written by composer Trevor Dunn. Boston-based bands Walter Sickert and the Army of Broken Toys and Jaggery also provided music for the film’s soundtrack. Walter Sickert’s contribution to the film went even further than just his band’s music when Floyd took illustrations Sickert had drawn and turned them into animation scenes for the film.

In May of 2009, unsure of which direction they wanted the film to go, the three creators staged a multi-media event in Texas. Walter Sickert and The Army of Broken Toys and Jaggery came from Boston to participate. While a rough cut of the film played on screen, interspersed with live music from the soundtrack, certain scenes of the film were played by the actors on stage. The responses from the audience gave the filmmakers the feedback they hoped for to complete the film. “The most important thing,” shared Higgins, “is that there’s an intuitive connection between the audience and the film.”

Festival response for the film has been very positive, both in the US and abroad. The Why has won several awards of merit, and was nominated for Best Experimental and for Best Score at the Strasbourg International Film Festival 2009.