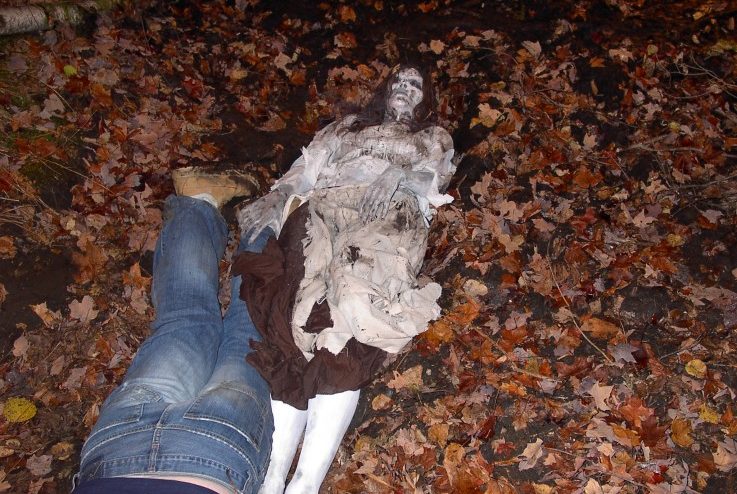 How to Make Films (and Generate Income) by Committee

Share
Brian Pickard of Penobscot Films in Vermont has invented an innovative method of fundraising for his film Slayers: pay and have a say.

The last scene of the film fades to black, as the crescendo of the music competes with the crescendo of the audience applause. The credits begin to roll and there, up on the big screen, is your name, listed as an executive producer. Is this just a fantasy? Not according to Brian Pickard of West Danville, Vermont, writer and producer of Slayers, a film that he describes as a “campy vampire film.” Pickard has come up with a unique approach to secure financing for the project. He calls it filmmaking by community.

Make a contribution and you’re a producer. The levels, from associate to executive, are determined by the amount contributed. Producers have input into all aspects of the process — script changes, casting, wardrobe, locations and more. Being a producer unlocks a special “producers” section of the Slayers website (www.slayers-movie.com) where auditions, behind the scenes footage, blogs, a video journal, and the movie script are available.

Pickard’s motivation to have upfront financing in place before filming is simple. He wanted to offer actors paid roles. As someone who has performed in many local theater and film productions, he is sensitive to the actor’s conundrum: unpaid professional work, with the promise of a percentage of a possible future distribution deal doesn’t buy groceries. “My goal was never to be the guy who said ‘Will you come work for me free and let’s all hope that it works?’ I want people who are coming in to get paid.”

Pickard was born and raised in Maine, and started performing at an early age. He attended college in Vermont and continued his love for theater. After putting his dreams of acting and directing on hold for a few years, while pursing other endeavors, a chance meeting and offer to audition for a role in an independent film changed all that. That was in 2000 and he has been active in the performing arts since. Always an avid gamer, he used that passion and came up with the idea of Slayers, about a group of gamers battling very real creatures of the night.

Pickard has spent the past five years working on the Slayers script. His projected budget for the film is $60,000. The Slayers website went online and producer enrollment began in March. There are currently 22 producers who have contributed. The majority of these have resulted in Pickard’s networking abilities, utilizing sites such as Myspace, Facebook, Craigslist, Twitter, and more. He has also contacted many local media outlets. The goal is to begin filming in early fall, so there is still plenty of time to join the project.

What can you expect for your contribution? Here’s the breakdown:

Producers aren’t the only ones to provide comments on the finalists’ auditions posted on the website. The finalists themselves have also been allowed to comment on each other’s performances, as well as respond to feedback left on their own audition “page.” NewEnglandFilm.com spoke with a few of the finalists to find out what they thought of this approach.

Sarah Nicklin, an actress from Rhode Island, said she appreciated the feedback and was impressed that everyone has remained professional. Wendy Olafson, of Connecticut, liked the collaborative environment. And while she did write comments on some of the other auditions, she didn’t comment on any of the actresses that are finalists for the same role as she. “I can’t realistically give constructive criticism to someone I’m competing with. It just seems weird to me,” said Olafson.

Mike Reed, an actor from Rhode Island and one of the finalists to play the character Ben, and Bill McLean, an actor who hails from Maine, were similarly impressed by the professionalism shown by all the actors in their comments. “It brings out the truth in how people really are,” said McLean.

So, what motivates someone to become a producer? Lisa Carpentier had originally auditioned for a role in the movie. Although she didn’t make it to the finals, reading the script and getting to know Pickard convinced her that this is a film that needs to be made.

Travis Mullally, another producer, contracted to the project because he thought it would be an interesting way “for normal people who have never been involved in a movie to be involved.” However, after he read the script, which he characterizes as “phenomenal, with a Shaun of the Dead vibe to it;” he was also convinced that this film will be a blockbuster.

By opening up to majority rules, does Pickard feel he loses creative control? “I’ve kind of resigned myself to the fact that it’s not mine anymore once I committed myself to doing things this way,” he said.

He also welcomes the input. After years of script writes and re-writes, he appreciates the fresh perspective from his newfound community. According to Pickard, “Ultimately, the thing that’s going to be the most satisfying about the film is that people are going to be happy with it.” And isn’t that what making films is really all about?

See for yourself at http://slayers-movie.com.

See for yourself at http://slayers-movie.com.