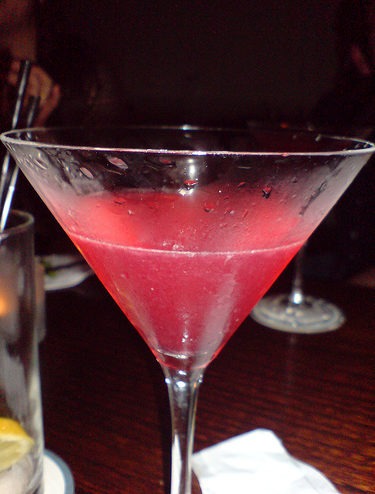 Share
David Pierotti reflects on the Boston film community's boom year of 2008 and what's in store for 2009.

I’m sure you’ve seen a movie where, after someone is hurt, a character cries out “Is anyone here a doctor?” Well, if anyone at the Boston Park Plaza on Saturday, January 31st asked if anyone here knows how to make a movie, about 500 hands would have shot up. The event was the annual Mass Film Industry Wrap Party and there were enough producers, directors, actors, editors, cameramen, make-up people, composers, electricians, carpenters, etc., etc., to make all seven Harry Potter movies at once. Both a celebration of past achievements and an opportunity to look ahead, the gala closed out the 2008 filmmaking year in Boston and set the stage for an active 2009. It will have to be to top the previous year that seemed to bring an endless parade of A-list talent to the Hub.

The party was hosted by the Massachusetts Film Office (MFO) and was partly to thank the hundreds of people and scores of businesses that contributed to the emergence of Boston as a viable destination for major Hollywood productions, which brought what the MFO estimates as $359 million dollars into Massachusetts in 2008. Four people were singled out as particularly important to this effort: Boston Mayor Tom Menino, former director of Massachusetts Film Bureau Mary Lou Crane, Mary Ann Hughes of Walt Disney Pictures and Andy Given of Sony Pictures Entertainment. They were honored for their special contribution to elevating Boston as a major player for location filming.

Among the guests, the mood was celebratory but with a slight tinge of apprehension over the future. Last year was the equivalent of a gold rush for the local film industry. Several people attributed much of the credit to the tax incentives enacted by the state. However, no one felt Hollywood will remain immune to the current economic Armageddon and a gentle undercurrent of anxiety permeated subtly throughout the evening.

Not so much for producer Andre Stark of The Unscene; he had a joke and a smile for everyone and spoke of his collaborative work with many of the other guests such as cinematographer Brian Dowley. Dowley expressed concern over the potential decline in work but thought the event was “a great opportunity to network and meet others in the business.” Film composer Jason Jordan was also upbeat over prospects for 2009. He said he’s “already booked for months and… actually turning work away.” Jordan also displayed wisdom and taste in his online reading material saying NewEnglandFilm.com was “a great resource to find work.”

One of the perks of attending was the silent auction. Vendors from around the city generously donated a great selection of items to bid on. Tickets to sporting events, concerts, and nights at some of the city’s finest hotels, sports memorabilia, and a headshot session with a professional photographer were just some of the highlights. A steady stream of people trying to act casual and look disinterested meandered by sign-up sheets hoping their coveted prize would remain unnoticed.

After the auction closed, the dance floor that had been conspicuously avoided quickly filled up, perhaps, in no small part, due to the generosity of Rasso’s who provided the hors d’oeuvres and, more importantly, the open bar. The band played a mixture of Rat Pack standards and dance hits to motivate the listless.
As I walked out into the chill Boston night and stood shivering waiting for my car, I thought how much nicer it would be to have this party in June. But as I passed newsstands bearing tidings of woe, I also wondered if there would be a party next year, or did I just leave a wake? I turned back and looked at the hundreds of people who embody the dream and desire of local filmmaking, far from the glamour and spotlights, who refuse to leave their beloved New England behind, and became convinced that I’d be back next year.