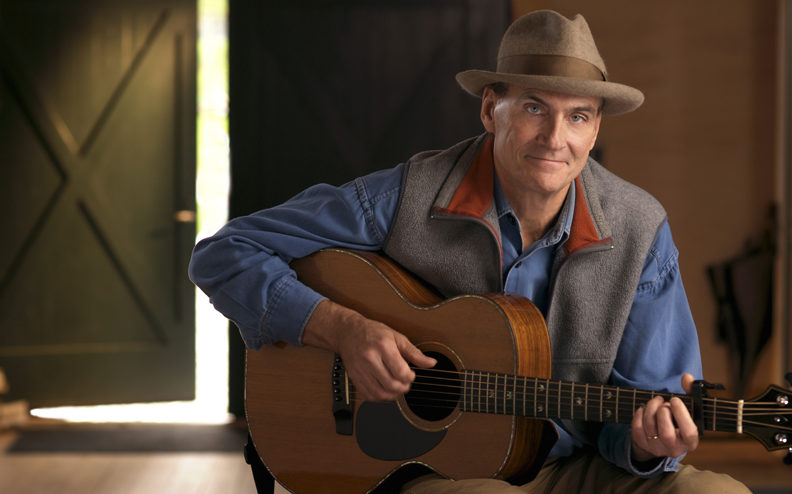 Share
Rhode Island's Rob Fortunato shares expertise on composing still and moving images -- and how he made a career of it.
Viewers who tune in to 1968 With Tom Brokaw on the History Channel December 9th will see the lighting magic of Rob Fortunato, an Emmy-winning director of photography based in Rhode Island.  The documentary, made to coincide with the release of the news anchor’s book, Boom! Voices of the Sixties, includes interviews with personalities of that time, such as Andrew Young, a civil rights leader who worked alongside the Rev. Martin Luther King Jr.

Fortunato’s career has followed a winding road; he started as a journalism instructor at the Medill School at Northwestern University, became a news cameraman for the CBS affiliate KGMB in Honolulu, and went freelance in the mid-1990s.

In 1998, he started his own production company, Fortunato Imagery.  He works in both video production and commercial photography media and specializes in broadcast programming for network, corporate, and private clients.  His client list includes NBC’s Dateline and The Today Show, PBS’s Frontline and Nova, and CBS’s 60 Minutes and 48 Hours.

His first passion remains still photography, the medium through which he pursues his own creative work.

Rob Fortunato: It was exciting because most interviews you light, you set up, you could do it in your sleep.  On these days, there was a nervous anticipation. You’re working with people who shaped history.

LT: What was one of the highlights for you?

Fortunato: Shooting James Taylor and Arlo Guthrie on the same day.  We went into a room filled with all the guitars James had written his songs on.  He told us, “This is the guitar I wrote Sweet Baby James on.”  Tom just looked over at me as if to say, “Isn’t this incredible?”

LT: How did you get the job?

Fortunato: I had worked for a decade as an international photojournalist for places like Dateline NBC and Frontline.  A producer selected me to come in and pitch my ideas to the writers.  They wanted to know how I would create a consistent look for the project and how it would be shot.  They had a two-hour project they had to fill with content.  I had a two-hour project I had to fill with pictures.

LT: What equipment did you use?

LT: What advice do you have for beginners?

Fortunato: Young photographers need to learn the basics.  Digital cameras and video cameras make things appear too easy.  Learn about Kelvin temperatures and lighting techniques in order to create mood in your images.  I use [them] every time that I light.  Whether for television or photography, good lighting will separate your images from the pack.

Work on your composition.  Look at images that you like and try to emulate them.  It’s probably the best way to identify your capabilities.

Lastly, develop your style.  All artists borrow from other artists — all of them.  However,  how you create an image and how your eye sees what you are shooting is definitely individualized.  This last one takes longer than you think.  Be patient.

LT: You are focusing now on your photography.  What appeals to you about it?

Fortunato: Photography allows me to capture images according to my own vision.  It is not about what clients want.  It’s about the freedom to capture one’s own vision in the way you would most like to do it.  It would be like you writing this story in haiku, if that’s how you wanted to do it.

LT: Where are you at right now with your portraiture work?

Fortunato: I’m connecting with actors who are looking for a darker style of imagery to promote their work.  I just did some publicity shots for Tanya Memme [who is starring in Terror Inside, which is being released this winter].  I loved her look and knew that with the right location, we could make some amazing images.  I just shot her pictures in an old prison outside of Philadelphia that I rented.  I will be shooting actress Lisa Arturo from American Pie II next month.

LT: Any other advice for people just starting out?

Fortunato: Always ask yourself, “Who is doing what I want to do?” and then remember that you have to prove yourself.

When I was young, I worked in Hawaii as a news cameraman.  Through one of my connections there, I learned about a guy in New York who owned a production company, like the one I now own.  I slept on his office couch for 10 months because I didn’t have the money to live anywhere else.  I jumped on a vertical learning curve.  I took the hit financially to learn the trade.

You’ve got to intern, you’ve got to assist, you’ve got to get coffee.  Just get in there. Eventually, you will make friends and get to where you want to go.  It may not be tomorrow.  Nobody gives you anything.  What they give you is opportunity.