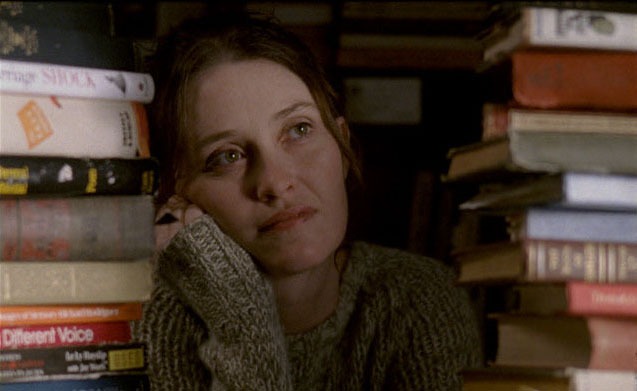 Share
This month, Justin Lerner screens his latest short Maggie’s Not Here at the Tribeca Underground Film Festival and returns to his hometown of Wayland, MA to cast and scout for his next project, The Replacement Child.

This month, Justin Lerner screens his latest short Maggie’s Not Here at the Tribeca Underground Film Festival and returns to his hometown of Wayland, MA to cast and scout for his next project, The Replacement Child.

Erin Trahan: Your undergraduate degree is in theatre arts and film, and now you’re working on your MFA in film directing at UCLA. Do you miss theatre? Will you continue to work in both worlds?

Justin Lerner: I’d like to. I started directing theatre because it was the better program at Cornell. I took every single directing class they offered. I learned how to cast, to tell stories visually, on stage. Anyone who wants to direct film should direct for stage unless you’re naturally born comfortable talking to actors and working with other people’s material. But I decided to do theater so I could get ready for film. I always wanted to be a filmmaker. I may direct a play at UCLA, as part of the Francis Ford Coppola One-Acts. He donates money so three film directors a year can remember how important it is to know theatre. I still go to a lot of plays. Everything I did at Cornell was a good foundation for what I’m doing now.

ET: What’s the atmosphere of the UCLA graduate film program? Are your colleagues also writing/directing/editing, as you have for your last few projects? Or does the program encourage students to choose a specialty?

Lerner: For MFA candidates, there’s a producers program, a screenwriting program, and a directing program. The cinematographers are specialized within directing, which is very elite, only three are selected each year. But within directing, everyone works each crew position. For the first year you’re assigned a crew, you write in the fall, shoot in the winter, and edit in the spring. During second year you do the same thing only you pick narrative, documentary, or experimental. You’re also responsible for selecting your your crew and finding your own cinematographer. I made Maggie’s Not Here as my second year advanced narrative film.

ET: With a running time of 20 minutes, your most recent project, Maggie’s Not Here, is your longest film. What do you like about short format narratives? Are you building toward feature-length or is that not the point?

Lerner: I made one that was 24 minutes but it’s shelved; I don’t feel it represents my work. The point of film school is not to make a feature, but to build credits and practice storytelling. You don’t have the means or the time for a feature. I’m attracted to the narrow scope of short format. A feature film is about many things; a short is about one thing, one idea, one moment. When audiences devote two hours to seeing a film, especially American audiences, we need closure. With shorts, you don’t need that so they can ask more questions than they answer. Anton Chekhov said the goal of a storyteller is not to provide answers but to correctly state the question. With a short story there is more freedom to leave things open-ended. In Maggie’s Not Here I leave her on the brink of a major choice but she doesn’t make it. Unresolved film can live with you longer if it gives you a question.

ET: The title character in Maggie’s Not Here experiences physical pain during sex. You write, "Sometimes it is easier to blame our dissatisfaction with life on other things, rather than to see ourselves honestly." I wonder if you think women and men manifest blame differently. Would this story hold for a male character?

Lerner: Yeah, I think it would. I think it’s a human quality. We tend to look outside ourselves to solve problems because it’s much easier to. I’m most interested in that moment when you can be brutally honest with yourself. Or in characters who have some kind of self-deception and through the course of the story come closer to seeing the ugly truth of who they are.

I think the roots of everything we write about, if we dig deeply enough into our hearts, can speak to both sexes. If you know the emotional truth in the story you should be able to recontextualize it about a man or a woman. I based Maggie’s Not Here on things I really went through, though fictionalized slightly, but I would say that there are parts of me in every character. The film school stereotype would be to name my main character Jason instead of Justin and cast a guy who looks likes me. Putting my neuroses into the plight of a female character was a challenge, but it also helped me put a distance between my real life and the narrative needs of the story.

I feel like women respond better to Maggie’s Not Here and Echostop than men do. In fact I’m flattered when anyone says they think a woman made either. With Maggie, I’ve gotten extremely positive, heartwarming comments from women. One said she had never seen intimacy captured that way. But guys, or my non-filmmaker guy friends, are more likely to say "Way to go, it looks like a real movie."

ET: You’ve had success placing Maggie’s Not Here and your other shorts in festivals. How did you approach the festival application process? Has it been worthwhile?

Lerner: Extremely worthwhile. A first great love of mine is to sit in a theatre and watch film. To do that with a film you’ve made, with an audience you don’t know, it’s the most indulgent thing. The film school community is so insular and when you’re screening to film school professors, faculty, and students, you get a lot of comments you would never get from a general audiences like "I think your rhythm’s off," or "You could’ve framed the shot in the second scene differently." Feedback from audiences at festival is "I really felt for her," or "I really cared about what she was going to do," or "I was confused, I don’t get why she behaved this way." You hear really valuable things.

Festivals are also a great place to meet potential collaborators, producers, and agents. Ultimately, in our economic system, to work in arts, I’ve humbled myself that I need to learn how to schmooze in the most honest, heartfelt, and genuine way and ask for money, ask for support, ask someone to recommend my film for another festival. At the most base level, it’s a pedigree, a stamp, or advertising… a way to get people who would otherwise not see it, to see it.

I was roundly rejected with Maggie from most big festivals. It has a running time of 20 minutes, and the female subject matter, the ambient, meditative tone, and the slow-paced, editing style does not speak to a lot of viewers/judges in the MTV generation of short attention spans. But my filmmaking goals are not to cater to a whimsical, fickle audience — instead it is to tell a story in my own voice with my own sensibilities, however fast or slow, meditative or exhilarating, with the hopes that some of them will come along with me long enough to adjust their perception levels and their tolerance for something different. The film did get in to the Tribeca Underground Film Festival and it’s showing

ET: You’ll be in the Boston area this month casting and scouting locations for The Replacement Child. Why bring the production to New England?

Lerner: I’m going to get a lot of things cheaply or for free, but the biggest thing is scenery. The town of Wayland has beautiful pastoral landscapes and niches that I know so well. It’s a great chance to get my town involved, my family involved. I’m putting up the cast and crew in my house.

The Replacement Child is a coming home film, about a kid trying to reinitiate himself into his old life. I just attached Alex Frost, the lead from Elephant. I met Alex one day in a bar, told him how much I liked him, and six months later I wrote a film and asked him to be in it. The kid is so natural. He’s always reading and he’s seen more films than I have, so he’s teaching me about film, and I’m probably the biggest film geek I know.

ET: What are you hoping to learn from shooting The Replacement Child?

Lerner: I hope I can learn to direct a film with a cast of more than 2-3 people! Provided that all the logistics work out, I just want to take the story off the page and create something real. One thing I’m worried about, the subject matter is very controversial, and I hope to keep my poker face. There’s a messy dilemma in which our hero, Todd, makes a choice that I don’t condone or disavow. I hope to tell a story that will exist as story and not my point of view. Film needs to exist as its own being.