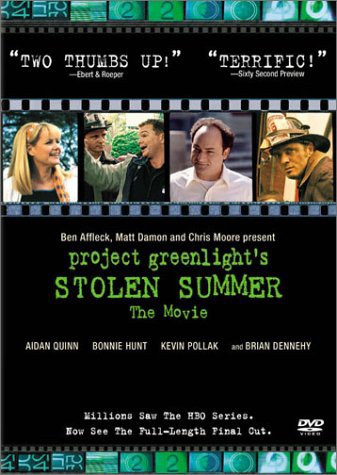 Share
More than providing a little extra cash, screenplay contests can be an important step for an invaluable award -- industry connections.

If you’ve written a screenplay and are not sure what the next step is, you might want to consider submitting your latest work to one or more of the many competitions. Though all of the competitions have some fee for entry (usually about $35), the benefits to an unknown screenwriter can be worth the small cost. Without shmoozing, networking, or encountering some Hollywood figure, the chance of an individual breaking into the film industry is nearly impossible. Writers are often the lowest on the totem pole, but these competitions provide some hope for unrewarded talent. In addition to small monetary prizes, the award for winning almost always includes a door into the industry for the lucky writer — how significant and how promising an opportunity depends on which competition you decide to enter your screenplay into.

Before rushing off to bind a copy for a contest, decide what it is you really expect from your work. Have somebody read it. Anybody — your friend, your landlord, your mom — is always better than nobody and besides, that’s the kind of audience most of these contests are interested in. If you think Hollywood is not the place for either you or your screenplay, don’t bother spending the 50 bucks thinking that you’ll wow everyone with your literary talent. Take my word for it — it won’t happen.

If you do decide to send your screenplay to a contest, consider your options carefully (unless you are independently wealthy and can enter as many contests as you want). Are you looking to meet with executives, travel for free to a workshop/conference, or win an important honor? Usually different contests have different sponsors and professionals involved in the competition’s organization, and prizes will vary accordingly. Make sure that you enter the contest that you feel is right for you and your screenplay. For example, if you’re solely looking to make industry connections, it makes little sense to enter a competition whose sole prize is money.

The Internet is an invaluable resource for screenplay competitions but, like all things online, be cautious and read carefully when looking. The more solid competitions list both sponsors — film magazines, individuals, and even studio subsidiaries — and persons who will help your work get to the right people. The more the better, and the larger the site the better. Here are a few to get you started:

American Accolades Screenwriting Competition – This competition for film, TV and short screenplays lists over 100 companies that have been involved with past winners, either by agreeing to give their screenplays a read or to meet with a lucky writer. They guarantee that several executives will meet with The American Accolades’ Grand Prize Winner and the lead prize is $2,500.
www.americanaccolades.com

Slamdance Screenplay Competition – They may not have lots of big names, but they do offer student discounts, a name familiar to most movie people, and a more hip and friendly atmosphere than most other competition websites (you can even e-mail them). In addition, contestants are invited to give each other feedback even if they don’t win. Prizes range from $500-$2,500 and include a staged reading of the script in L.A.
www.slamdance.com/screencomp/

Open Door Screenwriting Contest – This contest has only two sponsors – one happens to be Dimension Films. In addition to being a direct link to that major production company, this contest is run not once a year but four times. The main prize is $3,000 and consideration for production from Paradigm, a talent and literary agency. Winners are also given coverage in scr(i)pt Magazine.
www.scriptmag.com/pages/contest.shtml

Scriptapalooza – The name says it all. Big prizes ($10,000), software, and industry connections are there to tempt possible entrants, but the best thing about Scriptapalooza is the no-nonsense attitude and great mission statement. Anyone considering entering a screenplay competition should be sure to visit this site.
www.scriptapalooza.com/

Fade In Screenwriting Awards – Their site isn’t much to look at, but they have a rare prize – an actual expense-paid trip (hotel and airfare) to meet with "literary agents and studio executives." They make no bones about who their sponsors are and give a short history of their contest.
www.fadeinmag.com/Contests/awards.htm

Chesterfield Writer’s Film Project – Chesterfield is a branch organization of Paramount and they offer a "Fellowship" year during which five winners live off a stipend and learn the craft. Mentors and guest speakers include academics and well known industry professionals.
www.chesterfield-co.com/html/wfp.html

Hollywood Screenplay & Book Awards – This competition created by the authors of Opening the Doors to Hollywood features an impressive line-up of judges. Their Screenplay Discovery Of The Month awards access to key decision makers in the entertainment industry. Winners automatically become finalists for their Discovery of the Year which awards cash prizes from $500-$1,500 and provides industry connections through HollywoodNet.com. An especially unusual award is their Book Manuscript Discovery of The Year.
www.hollywoodawards.com/ccs/

Hollywood Symposium Screenplay Contest – The screenplay competition is just one of the features of the Hollywood Symposium. The organization doesn’t seem to drop names like some of the others, but it does give contestants all they help it can muster up – including thorough reads by Hollywood professionals for all entrants. Top prize also awards $3,000.
www.hollywoodsymposium.com/

Hollywood 27 – The Web site announces that there is no 2002 competition but there are hopes for one next year. This organization has obviously cut the program because it became a financial strain on Hollywood 27 Productions, a clear champion of the unknown writer. Whereas other competitions take your entry fee (presumably for judging costs, though they are often financed by corporations) the winner of the 2002 contest received 82 percent of the award purse — $28,000. The other prizes would also be well worth entering for, if only the contest could be continued in 2003.
www.hollywood27.com/scrnplay.htm

Project Greenlight – The grandest of all the screenplay competitions, if "grand" is what you’re looking for. The prestige and importance of Greenlight are indisputable — through a Miramax film, an HBO documentary series and more. However, entrants should be sure to read all the disclaimers and rules on the website, as red flags will be going up left and right. You should also be open to having your life changed forever, as you will be the subject of a television show. Writers from Colorado and Vermont are ineligible for some reason, as those states have laws that "protect" them. This is just one of many surprising revelations you must read if you want to get past the welcome page on the Web site. The upcoming contest will accept submissions from September 19, 2002 to October 02, 2002.
www.projectgreenlight.com

Of course, there are dozens of others. For a more comprehensive list, see Google.com’s  or Yahoo’s directory listing of screenplay competitions.